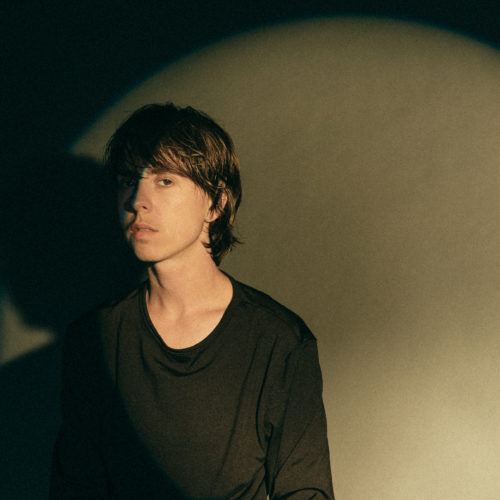 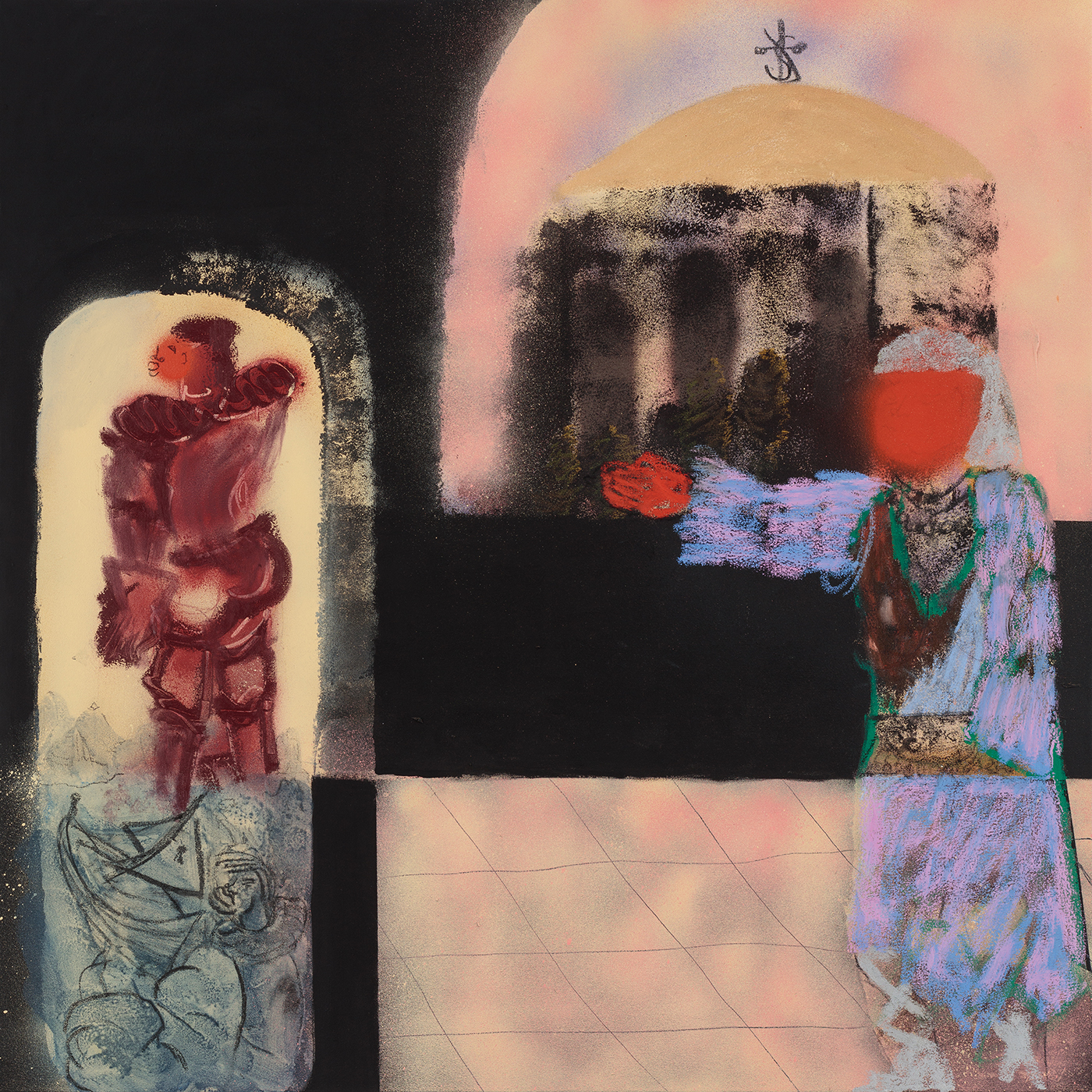 There is a moment halfway through Hand Habits’ Fun House at which musician Meg Duffy asks the question, “How many times must I rewind the tape?” It’s a fitting question planted squarely in the middle of a sonically adventurous record concerned largely with making sense and taking stock. How much time must we spend examining our own past in order to fully understand it? How can we safely acknowledge pain in order to release it and fully actualize who we are supposed to be? Buffeted by strings, synths, and a gently-shook tambourine, the aptly-titled track, “The Answer,” highlights the emotional engine at the heart of the record. “I know the answer,” Duffy sings, “Here’s what I hope to find – it’s always mine.”

Fun House is Duffy’s most ambitious Hand Habits album to date. Produced by Sasami Ashworth (SASAMI) and engineered by Kyle Thomas (King Tuff), the record was not intended as a reaction to the pandemic, but it was very much the result of taking a difficult, if much-needed, moment of pause. “When the pandemic happened, everything stopped,” recalls Duffy. “I had been touring consistently for five years, both on my own and playing in other people’s bands, so I wasn’t really writing a lot in between. It had been full pedal to the metal in terms of traveling and scheduling, which meant I really didn’t have a lot of time to think about how I felt or really check in with myself. Then, when the world basically stopped, it turned out to be the longest I’ve been alone in my entire life — without being in a relationship, without being on the road, without working myself to exhaustion — and the result was really like, holy shit. I slammed on the brakes and everything psychologically that I’d been pushing down and ignoring for the past few years suddenly flew to the foreground.”

What started out as a very personal reckoning eventually blossomed into a fruitful and convenient means of making new music. Grounded in LA and sharing a house with Ashworth and Thomas, who also runs a studio space in the building, Duffy began to flesh out the songs that would eventually become Fun House. Emboldened by going into therapy and coaxed by Ashworth to push the songs into unexpected new shapes, the resulting music was more acutely personal and stylistically adventurous than anything they had attempted before. The new songs also became a prism through which Duffy could begin to self-actualize in a new way.

“I felt a massive shift in the way that I was seeing the world and seeing myself, moving through certain emotional patterns and behavioral patterns, and really taking them apart,” explains Duffy. “Sasami empowered me to take up a lot of different sonic spaces and challenged me to rethink these limitations that I had about my own identity. I wouldn’t allow myself to step into certain roles because of the little box I was putting myself in based on all of these false narratives that I had come to believe about myself. I think this also coincides with my trans identity too, because so much of that journey for me has been me really fighting against what I’m not “allowed” to be.”

While Fun House shares some of the same hallmarks as previous Hand Habits releases —a kind of outré queer sensibility, a gentle sense of vulnerability — the record is a marked sonic departure from the often muted tones of

2019’s Placeholder and 2017’s Wildly Idle (Humble Before the Void). Instead, the tracks on Fun House sparkle, moving in unexpected directions and eschewing any specific genre. Tracks like “Aquamarine” and “More than Love” package narratives about loss, romantic longing, and childhood trauma inside polished synth pop (“Suicide / Lost a life / Well then who am I? / Why can’t you talk about it?”) while “Gold Rust” and “Concrete and Feathers” have a ragged, Neil Young quality. Friend and collaborator Mike Hadreas (of Perfume Genius) contributes vocals on “No Difference” and “Just to Hear You,” making for one of the record’s most sanguine moments, his voice providing a perfect counterpoint to Duffy. The push/pull of styles, paired with songs that move deftly between the present and past, give the record a wildly diverse, hall of mirrors quality that befits its name. Where previous Hand Habits records could be fairly insular affairs, both in their creation and their execution, Fun House feels ebullient, lush, a fully-realized conversation.

“I like that the idea of a ‘fun house’ can have so many different connotations,” says Duffy. “It’s disorienting, it’s filled with all these different rooms with different energies and emotions. There’s a risk that there will be manipulation happening to your environment, but you sign up for it. I really liked the idea that we could take risks, that these songs could sound very different but still make sense together. A lot of the demos for this record were really just folk songs — pretty slow and sparse —but the fun was thinking about what they could become. It was like, what if we wrapped this really traumatic, at times literal, loss of identity story from your life in a dance song? Or what if we layered this secret confession about your compulsive behavioral patterns within a beautiful acapella beach boys arrangement? Yes, let’s do that.”

In the end, the eleven tracks on Fun House represent the turning of a corner, a means of processing grief, trauma, and recovery while coming to a deeper understanding of one’s own history and what it means to step into your own power. It’s also, as Duffy imagines it, a testament to the power of creative community.

“I’m such a collaborative person and that’s where I get nourishment from, “ Duffy explains. “That’s why I’m constantly playing in other people’s bands — Perfume Genius, Kevin Morby, Sylvan Esso etc. — and playing on other people’s records. It’s an open system for me, fresh energy, flow, and perspectives. I enjoy stepping into these other roles and taking direction. This time around, I wanted to have that experience with my own music. Also, I think it’s good to step back sometimes and question your own process and why you do what you do. The reason I make music is because I’m interested in connecting with people. I’m not talking to a specific ‘you’ when I’m singing a song. I’m talking to God. I’m talking to the void. It’s a little like casting a spell. And if you’re able to feel moved by it, I’m not thinking that you’re so moved by the tragedy of my life or my experience, but it’s maybe just that you can relate to the feeling of it. You want people to be able to project their own experiences onto this feeling that you’re trying to create and communicate. That’s the way the spell works. In order for other people to feel it, I have to make sure I’m feeling it too. And with these songs, I really do.”