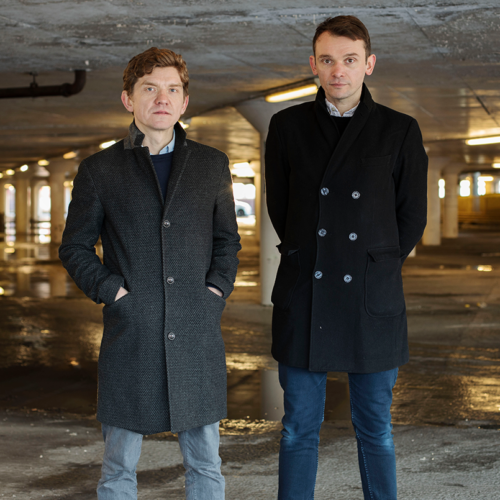 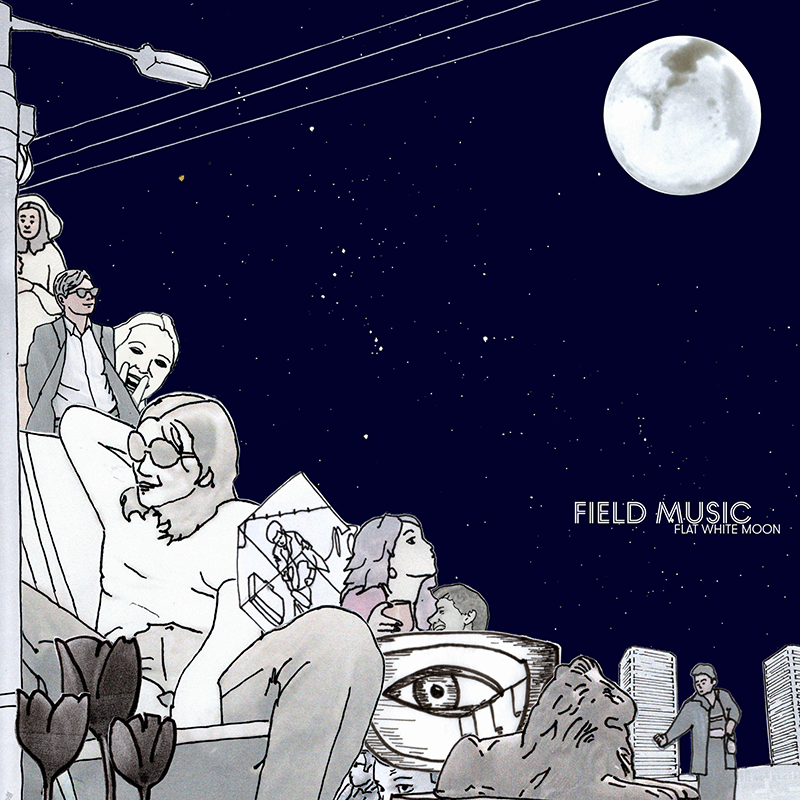 “We want to make people feel good about things that we feel terrible about.” says David Brewis, who has co-led the band Field Music with his brother Peter since 2004. It’s a statement which seems particularly fitting to their latest album, Flat White Moon released on 23 April via Memphis Industries.

Like so many of plans made in the past year, Flat White Moon started out as one thing and evolved into another. After the complexities of touring 2018’s Open Here, which required a bigger live band to cover the expansive arrangements, and then 2020’s Making A New World, which was performed as one continuous piece with a synchronised visual accompaniment, Field Music’s newest album began with the desire to play and to have fun.

David: “We don’t usually record a song thinking about how we’re going to play it live. We’re not that kind of band. But there was a sense that it would be fun to do new songs which didn’t have those complications.”

Peter: “We say it all the time: You make music with your ears and your brain first. But I trust my ears and my brain, so let’s make something which just feels good and feels physical.”

Sporadic sessions for the album began in late 2019 at the pair’s studio in Sunderland, slotted between rehearsals and touring. The initial recordings pushed a looser performance aspect to the fore, inspired by some of their very first musical loves; Free, Fleetwood Mac, Led Zeppelin and The Beatles; old tapes and LPs pilfered from their parents’ shelves. But a balance between performance and construction has always been an essential part of Field Music.

P: “I was listening to Odelay and Three Feet High and Rising. I love how they use samples on those albums, taking parts that are obviously played – that are gestural – and then reconstruct them.”

By March, recording had already begun for most of the album’s tracks and, with touring for Making A New World winding down, Peter and David were ready to plough on and finish the record.

D: “And then, of course, coronavirus happens. I think our plan for the record had already started shifting but the fact that we were both then working from home, stuck with ourselves, accelerated the change, though I probably hung on to the initial idea longer than Peter did.”

P: “I needed to retreat into myself. I enjoyed messing around with the material. I didn’t want to have to think of parts or arrangements. I wanted to play. So it wasn’t against the original idea. It was more of an extension.”

This playfulness became a way to offset the darkness and the sadness of many of the lyrics. Much of the album is plainly about loss and grief, and also about the guilt and isolation which comes with that.

D: “We’ve always tried to write what’s uppermost in our minds. With Making A New World we could sidestep our own lives to a degree. We could immerse ourselves in other people’s stories until we were ready to face the other stuff.”

Those personal upheavals are apparent on songs like Out of the Frame, where the loss of a loved one is felt more deeply because they can’t be found in photographs and compounded by the suspicion that you caused their absence, or on When You Last Heard From a Linda, which details the confusion of being unable to penetrate a best friend’s loneliness in the darkest of circumstances.

Some songs are more impressionistic. Orion From The Streets combines Studio Ghibli, a documentary about Cary Grant and an excess of wine to become a hallucinogenic treatise on memory and guilt.. Others, such as Not When You’re In Love, are more descriptive. Here, the narrator guides us through slide-projected scenes, questioning the ideas and semantics of ‘love’ as well the reliability of his own memory.

The original, minimal aesthetic appears most strongly in songs like Do Me A Favour and Meant To Be; an upside-down take on the call and answer blues of Oh Well or Black Dog but shot through with rhythms inspired by Spanish duo Las Grecas.

For the most part, the album has fewer explicitly political themes than previous records, though there is No Pressure, about a political class who feel no obligation to take responsibility if they can finagle a narrative instead. And there’s I’m The One Who Wants To Be With You which skirts its way around toxic masculinity through teenage renditions of soft-rock balladry.

After the mesmeric, bittersweet eulogies of Invisible Days and The Curtained Room, the album closes with You Get Better and an unexpected note of optimism. Though in true Field Music fashion, it’s an ambiguous optimism; a hopeful song about not looking for one magical solution to a problem, but just to keep going in the hope that things could change.

On Flat White Moon Field Music take on the challenge of representing negative emotions in a way that doesn’t dilute or obscure them but which can still uplift. The result is a generous record of bounteous musical ideas, in many ways Field Music’s most immediately gratifying to date.