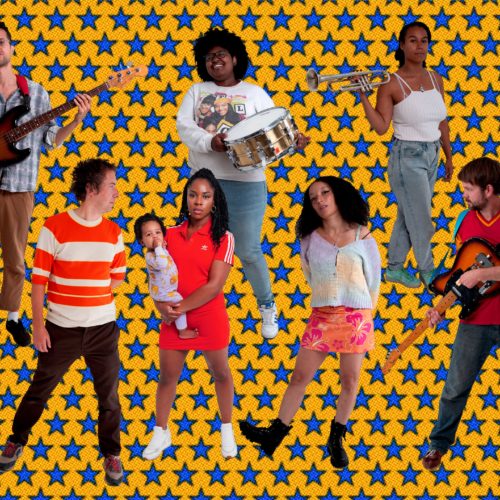 Get Up Sequences Part Two 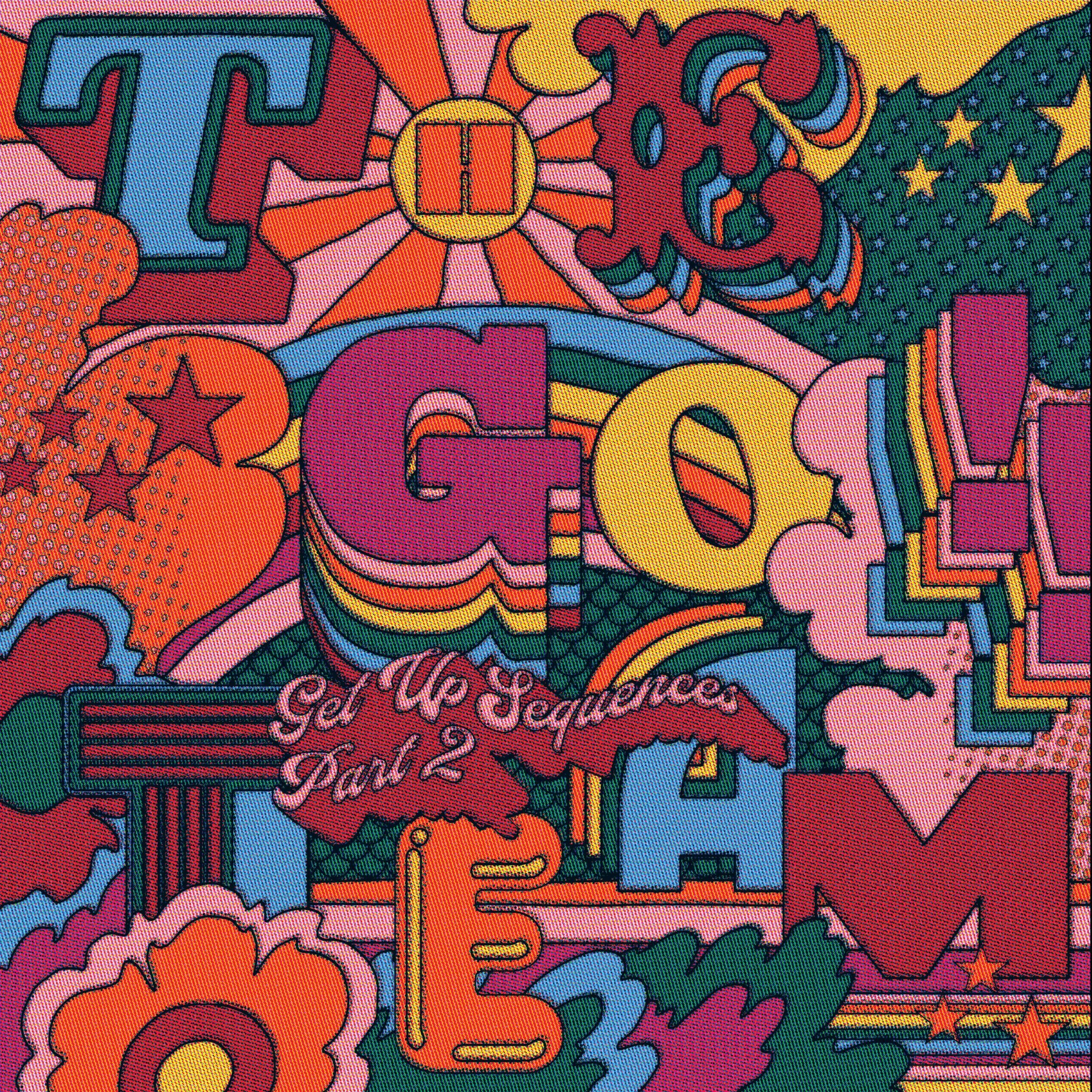 “Get Up Sequences Part Two is an international patchwork.  A global fruit salad.  A United Nations of Sound” – Ian Parton, The Go! Team

Over their six albums The Go! Team have taken sonic day trips to other lands – musically dipping into other cultures.   But now on this, their seventh   – they’ve bought a round-the-world ticket….  Benin, Japan, France, India, Texas and Detroit – all stops along the way.  Wildly different voices from wildly different cultures side by side but all still sounding unmistakably Go! Team.  Setting the course for a kaleidoscopic, cable access, channel hop.

“Maybe it’s an anti-Brexit reflex,” says Parton. “A rejection of flag-waving and inward-facing.  But this is no Coke ad, some Valium vision of joining hands on a hillside. The Go! Team has always been about knowing what’s happening but focusing on the good shit.  It’s about where you let your attention settle”.

Latter day Go! Team records have been on a journey of meaning.  Often lyrics are heavier than the music suggests.  “There is definitely a recurring message of action and organising,” says Parton, though sometimes the message is more coded. Take the song ‘Getting to Know (All the Ways We’re Wrong For Each Other)’. Rather than the song being about a couple who are wrong for each other, it’s about a girl deciding her country is wrong for her.  A coded message of anti-patriotism set to sunshine funk.

Elsewhere the track ‘But We Keep on Trying’ is about the unglamorous business of getting back up and going again while the Pro-Choice call to arms of first single “Divebomb” is their most combative yet.  A 3-minute, blown-out, amped-up exaltation of acting up and activism.  “Protest songs have always been a balancing act,” says Parton. “If you’re too sledgehammer it’s cringey – like the Scorpions’ ‘Winds of Change’ or something – but at the same time given the shit they are trying to pull with abortion rights it feels weird to ignore it.”

Whammy-O sees The Go! Team collaborate with NYC rapper Nitty Scott who brings an abstract, cut up approach to the rhymes: “While you left the water running, we were reading poetry to lions and becoming”. It sounds like The Go! Team but somehow more class of ’23.  And on Gemini, Ninja takes a celestial viewpoint, the steel drum ricocheting off planets whilst Ninja raps from space – taking braggadocios to an intergalactic level: “galaxies got em all aligned, made a universe to my design”.  Flute meteor showers, ping pong laser beams, cascading kalimbas.  Its horoscope electro, starsign synths, astrological acid.

Picking up from 2021’s “Get Up Sequences Part One”, Part Two continues the feeling of Technicolour overload. “A feeling that there is so much good shit out there that you are grabbing it all at the same time. The record is saying: “Look at this. Look at this”. When you listen to it I just want the saturation of the world to be turned up”.  Simultaneously messy and tight, chaotic and coherent both albums have an obsession with the power of a bassline and a backbeat. “For me each successive Go! Team record just gets fucking groovier and for me grooviness is life”, Parton says.

Eighteen years after their debut LP The Go! Team are still unlike anyone else and on “Get Up Sequences Part Two” they sound as fresh as a club soda….