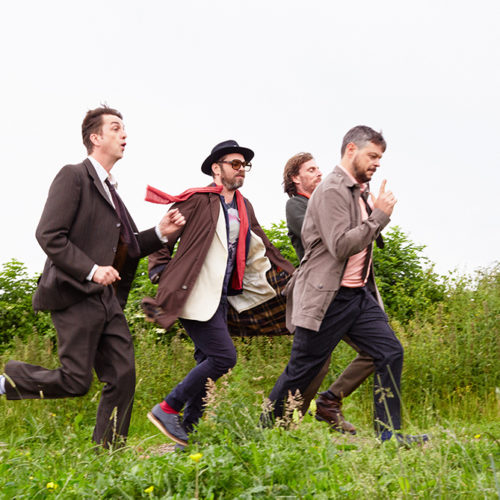 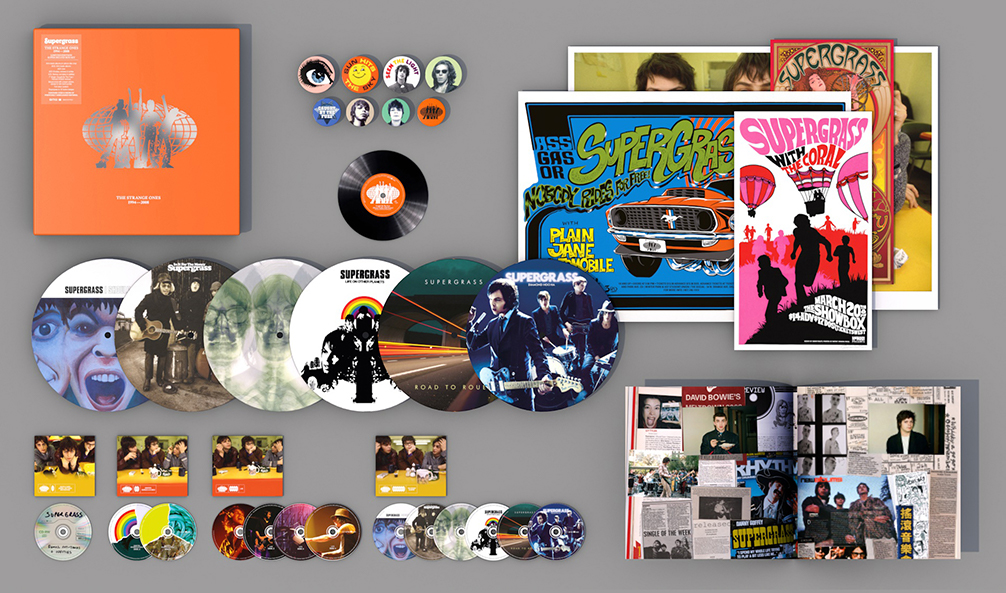 Supergrass have today announced they are reforming for a theatre tour of the UK, Europe and North America in 2020. The thirteen date tour will kick off in Paris on 4th February, before the UK leg culminates with a huge show at London’s Alexandra Palace on 6th March 2020. Tickets go on sale Friday 13th September from 09.00am.

The seminal British group declared their improbable comeback on Friday 6th September in a suitably bold manner, taking to the stage unannounced at Glastonbury Pilton Party to rip through a mesmerizing Greatest Hits set, including Caught By The Fuzz, Moving, Pumping On Your Stereo and Alright.

Danny Goffey says: ‘Everything aligned for us to make this happen for 2020. It was the first time that we collectively felt the buzz to get back in a room together and play the songs. We’re extremely excited to get out there and bring a bit of Supergrass joy to all our fans… and their extended families.’

Then Supergrass will also play an intimate show at Oslo, Hackney. Announced on  in the aftermath of their electrifying Pilton set, the tiny underplay show sold out in a matter of seconds as fans scrambled for a chance to see the band in the most intimate of confines ahead of 2020’s tour.

A career spanning Best-of package ‘Supergrass: The Strange Ones 1994 – 2008’ is also unveiled today. This comprehensive box set, marking the 25th anniversary of I Should Coco, is a celebration of Supergrass’ incredible career and is released on BMG on 24th January. It contains their 6 original albums on picture disc LP and CD, bonus CDs of unreleased live material, B-sides, remixes, rarities, studio out-takes, demos, acoustic versions, oddities, new mixes, a deluxe book, posters and button badges. It also features over 6 hours of previously unreleased audio material. The boxset contains 5 previously unreleased instant grat tracks. The first, unveiled today is a cover of The Police’s ‘Next To You’, a gloriously kinetic trademark blast of howling vocals, harmonies and raucous guitars.

Formed in Oxford UK in 1993, the Brit, Q, NME and Ivor Novello-winning outfit released their Mercury-nominated No.1 debut album I Should Coco in 1995. Fourth single, ‘Alright’, was a pop masterpiece and became a massive hit, catapulting the band to global success. Supergrass subsequently released another five acclaimed studio albums: ‘In It For The Money (1997), Supergrass (1999), Life On Other Planets (2002), Road To Rouen (2005), Diamond Hoo Ha (2008) as well as top 5 best of, Supergrass Is 10 (2004). Other top 20 singles include: ‘Lenny’, ‘Going Out’, ‘Richard III’, ‘Sun Hits The Sky’, ‘Pumping On Your Stereo’, ‘Moving’ and ‘Grace’. They scored an unbroken run of five Top 10 albums, among them three platinum sellers generating millions of worldwide sales spawning ten Top 20 singles, and scored the biggest-selling debut for Parlophone since The Beatles.

Supergrass split in 2010, though the band members have gone on to lead successful solo careers: Gaz Coombes released solo albums ‘Here Come The Bombs’ in 2012, ‘Matador’, 2015 and ‘World’s Strongest Man’, 2018; Mick Quinn has been playing with his own group, DB Band, and been a member of Swervedriver since 2015, and Danny Goffey has released solo material including album ‘Schtick’ in 2018.