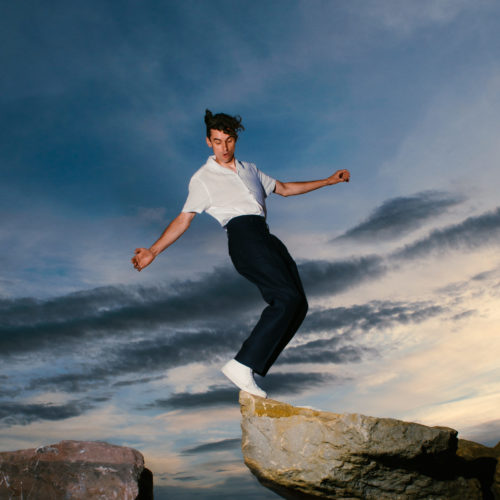 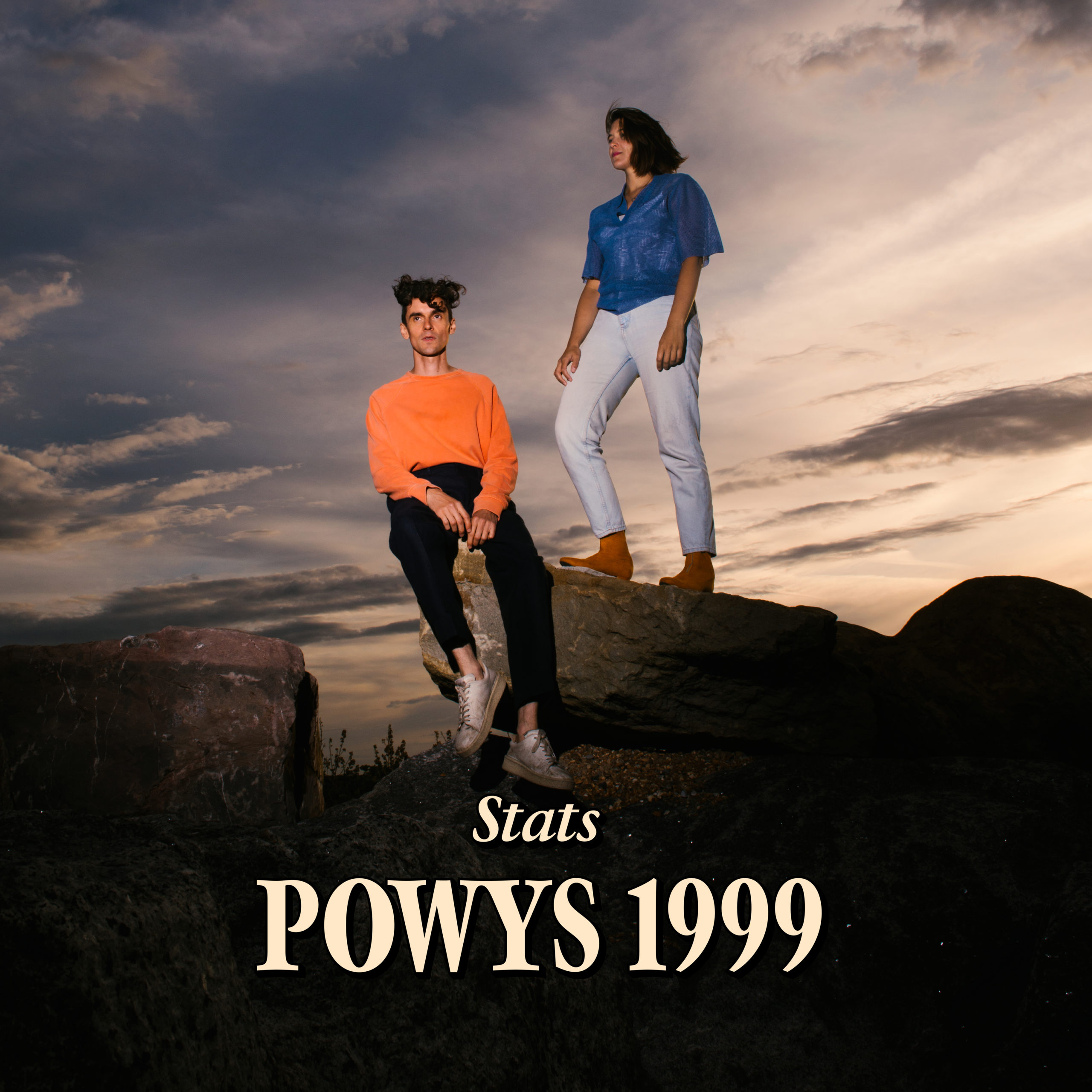 “I knew we had to go back to Wales to make this album,” says Ed Seed about Stats’ new record, Powys 1999. “I also knew I didn’t want it to be sunny and meaninglessly pretty. It had to be October, when the weather’s unpredictable. I wanted the band to be able to step outside and feel that.”

While the band’s debut album Other People’s Lives – loved by everyone from Elton John to Phoebe Waller-Bridge – was recorded in a two-day burst, capitalising on a gap in Seed’s busy schedule touring with Dua Lipa, this one was different. The band decamped to a residential studio in Wales near where Seed grew up in Powys. “This record isn’t exactly about Powys or 1999,” he says. “But I was reaching for that landscape and thinking about some of the people who I grew up with, and especially the different reasons people came from elsewhere to live there.”

The area is known for “farming, forestry, tourism, and a low-key but significant military presence,” but it was also Seed’s parents’ generation of incomers and their motivations that fascinated him. His mum and dad moved from Manchester in the 70s, alongside many others from all over the country. “People came to take their drugs in peace, to retire, to live in harmony with nature or shoot bits of it, to raise children or chickens, to ride motorbikes at incredible speed or to rave in the forest, build a commune, prepare for the apocalypse or open a restaurant – you name it. Many were trying to live by their own scheme, outside the mainstream. That might have been idealistic or reactionary, utopian or paranoid, eco-futurist or survivalist – or just straightforwardly practical.”

Seed brought the band home for them to soak up the landscapes and atmospheres he absorbed as a child. “You’re on the side of a hill, there’s no one around, and you can see for miles,” he says of both his childhood home and the studio location. Yet the album also contains contradictions and uncertainties that reflect Seed’s ambivalent relationship with the place. Growing up just inside the Welsh-English border, in Powys he felt neither here nor there, dislocated. “I felt like I didn’t fit in, as lots of people do when they’re young,” he says. “For me it was specifically about the landscape itself, the old country where I was born, which I loved but didn’t belong in. When it comes to the countryside we often talk about the natural – and by implication the unnatural – as if we are talking about the real, and by implication the fake. I felt somehow fake there as a born incomer, un-local, neither Welsh nor English. But by looking at the landscape I started to realise the construction and extraction behind it, and the myth of its naturalness. Somehow that helped.”

Once settled in together, the band locked into some long jam sessions. There was no musical plan beyond “make some dance music.” After a couple of days, some band members returned to London for work and others stayed as Seed began to work through what they had. “I was a bit overwhelmed by it all,” he says. “But also how little there was – there weren’t any songs yet.” However, Seed’s anxieties were soon alleviated when he came across one loop about seventeen minutes into a jam that he couldn’t shake. The band went out for a walk and Seed stomped around the studio spewing words over the loop until the album opener Come With Me was born – and then the rest came tumbling out.

The resulting track sets the tone for an album that is rich in thundering beats, squelchy synths, infectious melodies and pop hooks. It’s an autobiographical song both lyrically and sonically, with music mirroring Seed’s experience of growing up on the side of a mountain, miles from anywhere. “The synth swoops make me think of the buzzards’ cries and Nicole really dug into her cello to make those sawing, roaring drones – to me those are the RAF fighter jets that flew low over the hills.” Nicole’s field recordings of rain, rivers and the sound of music echoing out into the valleys are also peppered throughout the album.

There’s a dense narrative to the record that explores personal upbringing – and the potential untrustworthy memories that come with such reflection – along with the industrial, financial and political landscape of the countryside. This is not an indulgent and saccharine plunge into childhood. “It’s not nostalgic,” Seed says. “It’s about the past but also the future. Living another way doesn’t seem so possible now for technological and financial reasons – and I was seeking inspiration from the people I knew who tried to do that.” Plus, the narrative backdrop is just that: a backdrop. “It’s got to be fun,” says Seed. “It’s got to bang. As much of that stuff that needs to come across will come across. If I was literally writing songs that were: ‘here’s a song about reservoir’ then it’s going to be super dull. If you have something that’s so exciting to listen to then you can kind of say what you want and people might take it in or might take something else.”

And bang the album does – from the Sparks-esque On The Tip Of My Tongue to the pulsing dance floor rager of Kiss Me Like It’s Over via the electro-pop-funk swagger of Naturalise Me and the stirring piano stabs and vocal harmonies of Travel With Me Through This Ghost World (featuring Emmy The Great). The record flows like the rolling hills that surrounded its creation. The band being locked away living and eating and playing together also drew out the deep musical bond they share. “That sense of all being together is especially good for dance music,” Seed says. “The band brought so much by just physically being there. Nicole and I sing loads of duets on this album – a lot of overlapping vocals and parts – that we just wouldn’t normally have time to develop, and having extended space and time with say, John [Stats’ drummer], means he just moulds it so much more, even unconsciously. The eight of us just writing it out in the studio and leaving with fully finished songs is not a way of working I’ve done before.”

For many people the idea of retreating to a remote studio in the countryside is synonymous with music that is perhaps insular or bucolic, but on Powys 1999 Stats have flipped that notion firmly on its head. “Because you don’t see anyone in areas with big landscapes you can have some pretty revelatory and big ideas about stuff. That could be dangerous, but it can be incredibly fun too,” says Seed. The result is dynamic and expansive, a joyous piece of pop-kissed dance music that not only shares geographical roots and a firm sense of place with Powys, but also with the people who flocked to those same hills to rave until the morning broke.