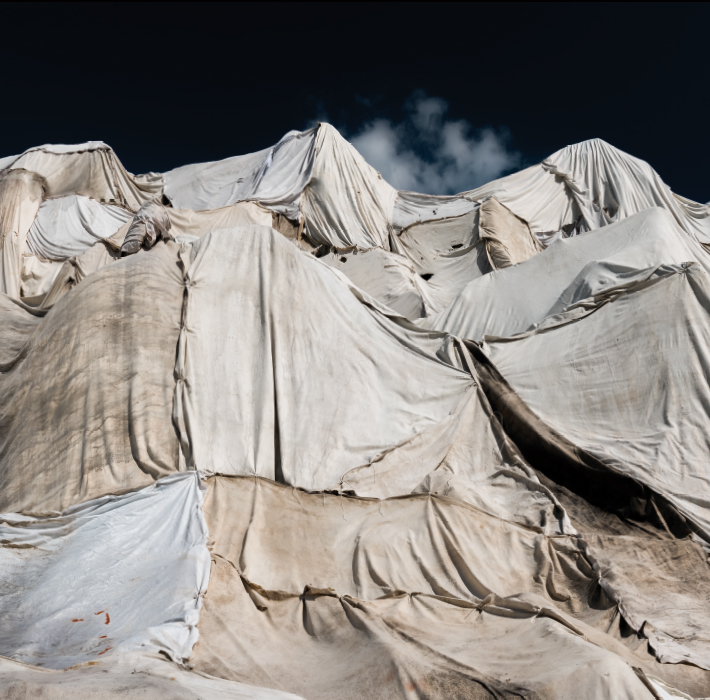 «Acedia» designates a state of torpor, the exhaustion of one’s soul and beliefs. «Acedia» is the title of One Sentence. Supervisor’s third album. The phenomenon of acedia finds its roots in the pre-Middle Ages. Transposed to our times, it could be described as the dull discomfort one feels when flying to Barcelona for 25 Euros, before randomly ending up in a climate strike on the way to the beach bar. At the end of the day, we all know our lifestyle is a farce and that its price is way higher than what we could possibly imagine. How do we respond to our privilege? And to what extent do we really care about the world?

One Sentence. Supervisor’s activism has always been clever. Today’s big debates find an echo in the questions the band asks, being incorporated in many different ways into their creative output. Their new press pictures, for instance, are a good example of their wit: playing with the depiction of stereotypes that are stock photos, the five musicians pose as a «rock band», as well as «young and successful business people». A way of showing the divide between reality and the way it is portrayed.

Since „Temporär Musik 1-13“ (2017), their previous album, One Sentence. Supervisor have become a five-piece, welcoming virtuoso oud player Bahur Ghazi as a permanent member. Additionally, multi-instrumentalist Sarah Palin (Phil Hayes And The Trees, Boytoy, JJ & Palin, etc.) has replaced Dominik Meuter on the drums. The album was produced by Radwan Ghazi Moumneh (Hotel2Tango/Jerusalem In My Heart).