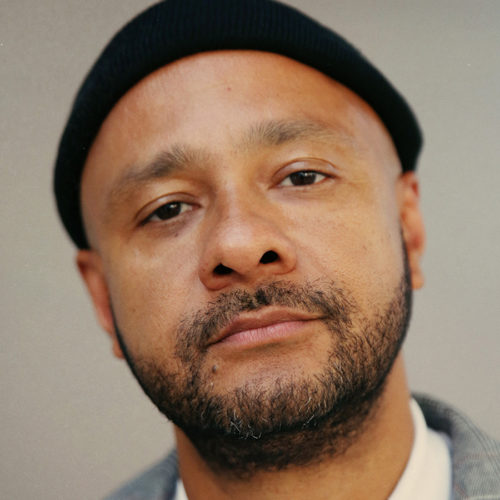 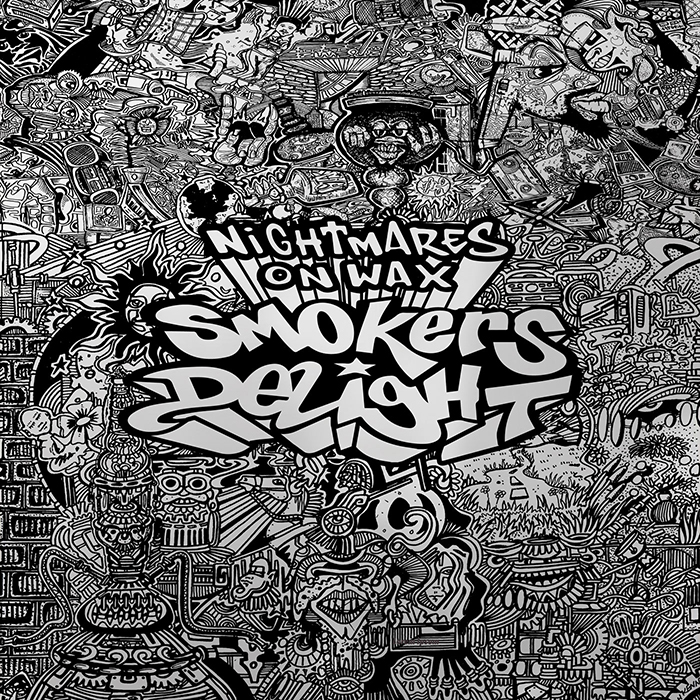 Marking 25 years of the seminal ‘Smokers Delight’; Nightmares on Wax celebrates with a plethora of activity including a full reissue of the album, new tracks, and select special shows in Europe and North America. Nightmares main man George Evelyn will be rekindling his much-loved downbeat blend of soul, hip-hop, dub and timeless club sounds.

‘Smokers Delight’ was one of a handful of records to define a generation along with Massive Attack’s ‘Blue Lines’, Portishead’s ‘Dummy’ and Tricky’s ‘Maxinquaye’. It took Nightmares main man George Evelyn from his electronic-genre-blending debut 1991’s ‘A Word of Science’, into releasing his much-loved downbeat blend of soul, hip-hop, dub and timeless club sounds for which he has become renowned.

Recorded with long term collaborators Hamlet Luton on bass, Chris Dawkins on guitar, Robin Taylor-Firth on keys and Shovell on percussion; music lovers from around the world were intoxicated by this bassy, afterhours sound that became the backdrop to a million late-night living room sessions. Fact Magazine retrospectively described the album as: “Pulling from the same influences that defined the late 1980s rave explosion… reconfigured the UK’s summer of love for the Discman generation while remaining just as suited to chill-out room comedowns or Ibiza sunset sessions.” ‘Smokers Delight’ managed to capture that feeling and add a dash of light to the darkness, changing the musical landscape for Nightmares and the still young Warp label forever. The album has been a consistent success for Warp, achieving Silver certification in the UK.

Interviewed in Joe Muggs’ book Bass, Mids, Tops; George expands on his inspiration and headspace at the time of creating ‘Smokers Delight’: “It was all the things that turned me on: reggae, soul, and through sampling and digging, hip hop was the backbone. That’s why you’ve got the dub influences on there, and the lovers rock soulful influence in there. That album is the DNA of everything that turns me on musically. At the time people used to say to me, “You’ve definitely got a Nightmares sound,” I’d be like, “Really, what do you mean?” But where I am now today, I think I understand that from a vibrational and spiritual point of view. I’m more in tune with what my heart feels and what I’m connected to when I’m making music. I know when I’m in that zone.”

George returned to that zone while recording two new tracks – ‘Let’s Ascend’ and ‘Aquaself’ – which are included here as “Sonic Buds” bonus tracks, alongside an alternative Funk mix of ‘Dreddoverboard’ and the timeless ‘Nights Introlude’ recorded live at Concord  Music Hall in Chicago in 2014. The 2xLP edition will feature red and green vinyl discs, a silver gatefold mirror board sleeve, exclusive roach material sheet insert, sleeve notes and a download code for the album and bonus tracks.

George’s recent output includes the critically and commercially acclaimed Nightmares on Wax Back to Mine compilation, which saw him take the helm of the compilation for its 20th Anniversary, and his long-awaited eighth album ‘Shape The Future’ [2018].

Energized by a recent run of globetrotting DJ sets, including residencies in Ibiza and London, Nightmares on Wax will be performing the album, start to finish, with a 14 piece orchestrated live band at these special shows through 2020.