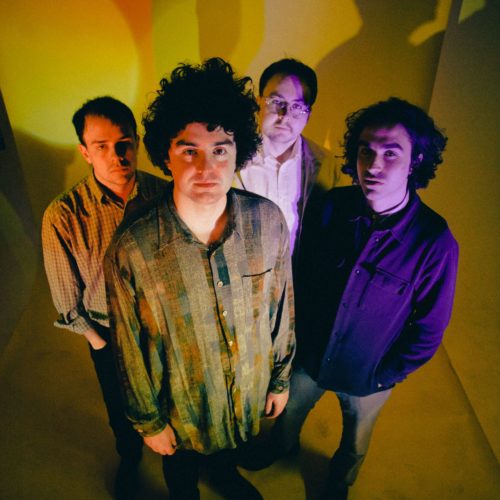 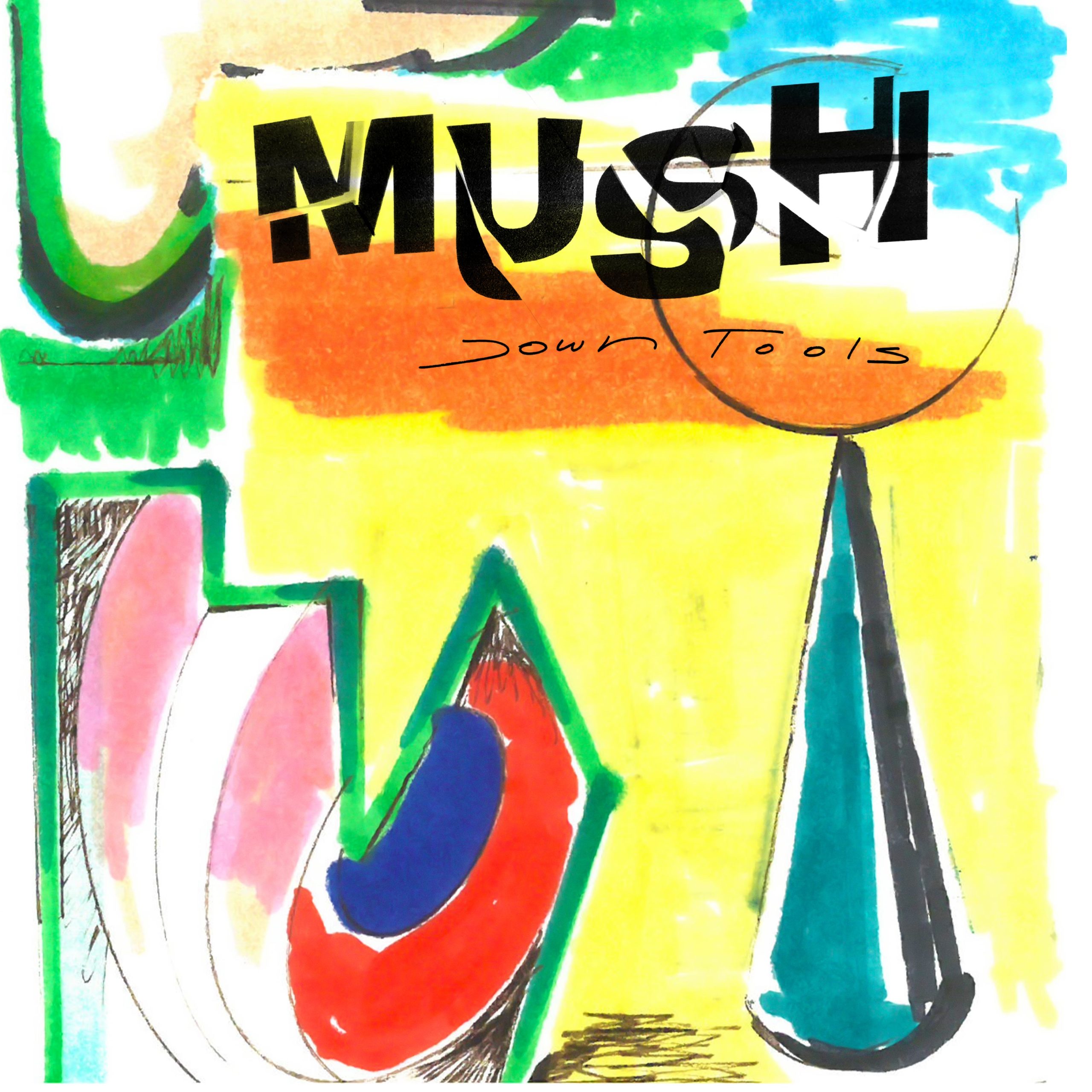 On Down Tools, this voice grows again into a more brilliantly singular sound. It sees Mush getting loose, moving away from the defined moods and textures of Lines Redacted with a musical openness, straddling genres while avoiding pastiche. Hyndman says of the lyrics on Down Tools: “there was a conscious decision to retreat further from an observational approach” with vocals being ad-libbed lending the record a more abstract feel. Hyndman continues: “this album is less dark than the previous one. The Armageddon obsession has eased, or at least the symptoms have become milder due to saturation. Musically there’s a lot more chill on the record – there are a few more mellow tracks out there and the most astute listener may even be able to decipher some of the words, fingers crossed.”

The album was recorded in Leeds at Greenmount Studios with long-term collaborators Lee Smith and Jamie Lockhart (Yard Act, Easy Life, Cribs). Hyndman says of the recording process: “going into Greenmount was like returning to a childhood home, it’s great re-connecting with Lee and Jamie. They let us do whatever we want within reason, we have fun, and you kind of forget they are actually both amazing at what they do. So much of the guitar had to be improvised in the studio which was stressful but also intrinsic to creating the non-linear vibe of some of the stranger tracks”.

When announcing the record, Mush shared the first single “Get On Yer Soapbox.” Discussing the song, Dan says: “‘Get On Yer Soapbox’ is a righteous wig-out number, like “Alternative Facts” but with more cowbell. All the solos are improvised and I very much doubt I will ever be able to recreate them live, you can hear the track going off the rails which is something I’ve found exciting on records. Lyrically again it’s a kind of re-purposing of an old idiom which I like to do. Generally being ‘on your soapbox’ is considered to be a bit of a slur but I think a bit of self-righteousness is warranted from time to time, especially with the shower of shite we’re dealing with”.

While grief and work balance form themes on the record, Hyndman’s approach is largely made up of abstract, disconnected streams of consciousness and lines liberally taken from books, paintings, films and beyond. On “Human Resources,” Hyndman dramatically retells a battle he had with an HR department at a job in a David and Goliath style. The song “Group Of Death,” a phrase chillingly familiar to any football fan, is emblematic of the turn towards softer, more considered sounds. Hyndman says: “In my warped imagination it just sounds like a Paul McCartney song, but it won’t to others. I initially had the idea of doing a [Soccer] World Cup song called “Group of Death”, but by the time it was written nothing beyond the title had any relevance to football. Anyway, the next World Cup is in Qatar so fuck that shit.” “Northern Safari” meanwhile is a song about the way the North of England has been portrayed in the media and used as a mirror to reflect some of the nastier elements of what’s going on in society, in particular, vox pops around Doncaster, portraying a particular narrative of the collapse of the red wall and the disgruntled ex-miners.

Mush formed in 2015, its first iteration being as a five-piece noise band with three guitars. Mush’s MO and sound have changed a lot since then as the band continues to grow and hone their sound. On 3D Routine the sound centered around the interweaving of duelling guitars of Steven Tyson and Hyndman. Since Tyson’s death, Hyndman has contributed all of the guitars for Lines Redacted and Down Tools. Recent recruit, Myles Kirk is now on second guitar duties ushering another new era for the band, joining Dan, Nick and Phil.

Down Tools then sees Mush idiosyncratically ping-pong from finger-picked looseners to noise-rock bangers to brilliantly entertaining effect, avoiding post-punk saturation with an easy style and wit.