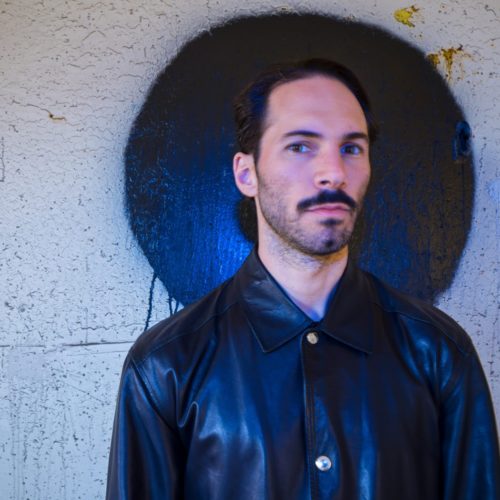 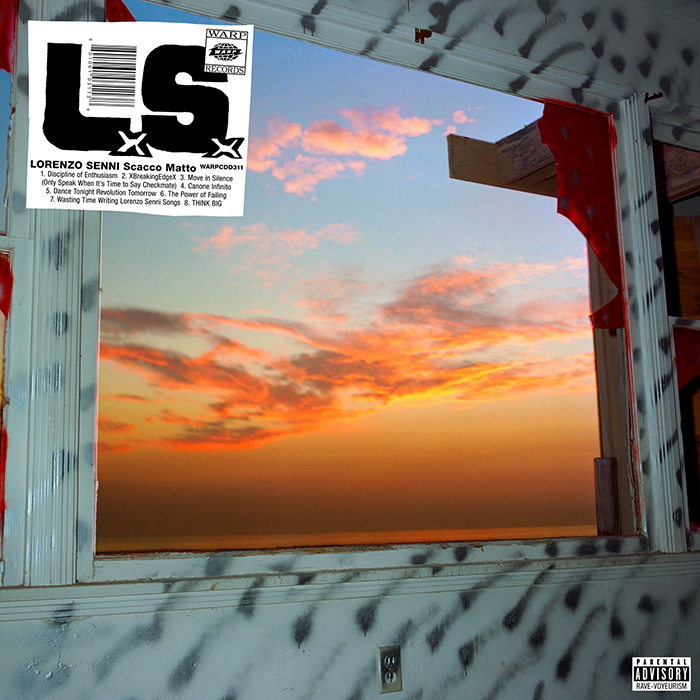 The truly unique talent Lorenzo Senni presents ‘Scacco Matto’ – his debut album for Warp and 5th longplayer in total. Nearly 4 years have elapsed since his acclaimed ‘Persona’ EP release, and in that time, the Milan-based multi-disciplinary artist has further developed his outsider-looking-in-concept of “Rave Voyeurism”, building ideas into a richly multifaceted world of art theory and vernacular that supports the playful music, which to the uninformed may initially appear as saccharine, candy-crushed neurotransmissions.

Musically ‘Scacco Matto’ is a continuation of Senni’s distinctive “pointillistic” style – where gated, taut sounds are arranged relentlessly as drumless rhythms and melody, which this time come in more song based structures. On this bold sonic statement, he takes the synthetic synapse manipulation of trance, but intentionally encourages short circuits, resulting in unexpected signal paths moving in different directions, and making new shapes.

Melodies and motifs from trance, rave, pop and even classical appear digitised, reduced to binary snapshots and arranged like a Ben Day dot process. The midrange energy, staccato stabs and digital downpour of ‘Discipline of Enthusiasm’ sets the tone with forthright immediacy, continuing through the scattergun videogame stutter of ‘XBreaking EdgeX’ and into the stroboscopic, euphoric artifice of ‘Move In Silence (Only Speak When It’s Time To Say Checkmate)’.

The calmer respite of ‘Canone Infinito’ is a prime example of the multi-layered associations and ideas behind Senni’s recordings, with its title referencing the Italian term for musical rounds found both in children’s rhymes and the work of Bach, but also sharing a name with his site-specific installation – designed to comfort people at the Intensive Care Unit of The Papa Giovanni XXIII Hospital in Bergamo.

Although featuring a prominent and persistent staccato, ‘Dance Tonight Revolution Tomorrow’ is the closest the album comes to more subdued and plaintive reflection, which like all of the record, reveals hidden depths upon closer listening, utilising as it does sophisticated practices, often based in orchestral music.

As the record comes to its closing quarter, Senni negotiates audio into even more uncompromising and singular forms, with the Mario-jumping madness of ‘Wasting Time Writing Lorenzo Senni Songs’ and the artificial flavors of ‘THINK BIG’’s clipped chirruping upping the postmodern deluge, but processing it into something ordered, exciting, and of intellectual worth.

“The title means ‘check mate’ in Italian, and there’s a constant ‘opponent’ within the tracks – like I was playing a chess game with myself. I was really trying to bring the music to a certain place and then switch advantageously to another approach. I wanted to see how far I could push the ideas I’ve been developing since ‘Quantum Jelly’ and in order to do that, I needed to force self-imposed limits and rules”, explains Senni.

When recording, such rules saw him countering his own last move, as an opponent whose every turn causes a disruption which requires a reaction – moving back-and-forth rather than straight forwards – the obstructions forcing an endeavour that moves in unexpected and interesting ways.

This is reflected in the LP’s artwork – an image from acclaimed American photographer John Divola, which shows a picturesque Californian view, shot through a dilapidated window frame dotted with pointillistic globs of black paint. “To me, the touching rich and vibrant sunset framed by the vandalized wall in Divola’s Zuma #30 photograph, limits the epicness of the view and brings you back to reality. It perfectly aligns with my intentions to create emotionally charged music, restricted but guided by a more conceptual context, and the need for these two elements to coexist in the same piece”, says Lorenzo.

Senni sees his own practice reflected in Divola’s work; he is not destroying dance music, but vandalizing it. He’s smashing it to pieces and playing chess with shards – creating tension and ultimately finding resolution. ‘Scatto Matto’ is check mate – the culmination of work, strategy and creative mental process.

Lorenzo Senni was never a raver. Growing up in Rimini, the young artist was fascinated by dance culture as he witnessed close friends interact with a neon-hued chemical world that remained at odds with his own. He inhabited the local straight edge hardcore punk scene, a teenage drummer who absorbed the golden age of trance and gabber anecdotally. Senni was a rave voyeur, studying hedonism from a distance, fascinated by its maximalist, expressive charm.

When Senni released ‘Quantum Jelly’ in 2012, it marked the beginning of an ongoing challenge. Using the aesthetic language of dance music (most notably the ‘Supersaw’ preset on Roland’s iconic JP-8000 synthesizer), he allowed his outsider’s curiosity to inform experimentation he branded “pointillistic trance”, alongside other terms such as “rave-voyeurism” and “circumscribed euphoria”.

Senni’s suite of contradictions only added to the puzzle: a trained percussionist who completely avoided the use of drums, a sober listener reinterpreting the signals of tracks rooted in the drug experience. Each record since then has refined this initial idea; he has learned in public, sculpting his sound and unpacking his shifting relationship with dance music.

He has composed soundtracks for Yuri Ancarani’s award-winning movies ‘The Challenge’ and ‘Da Vinci’, Isaac Lock’s ‘You Will Be With Us In Paradise’, plus music for dance performances by Wayne McGregor (‘+/- Human’) and Michele Rizzo (‘Higher’).