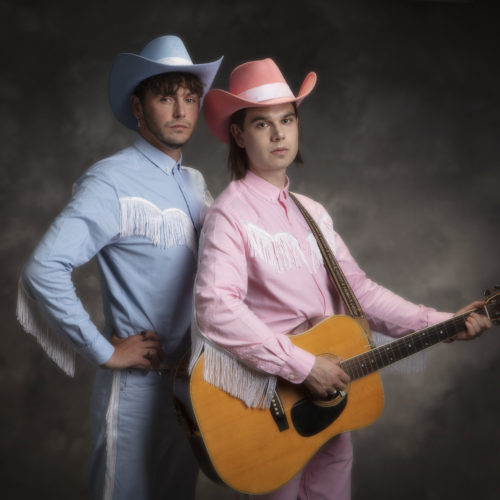 In concert on Thursday 08 December / Hall 3

Hailing from the Faroe Islands, the western/electro duo Kóboykex is heavily influenced by hillbilly subjects, a form of American stereotype sometimes similar to Faroese culture. Recently formed and consisting of Heiðrik á Heygum and Sigmund Zachariassen, musicians with a high profile in the local music scene but each coming from very different backgrounds, the band is dedicated to highlighting these “common values”. But their new interpretation of the country/western genre is inspired by Beck, Ennio Morricone, Patsy Cline, The White Stripes, Mirwais and old spaghetti westerns. A mix of country and electronic – a genre they call Countronica.