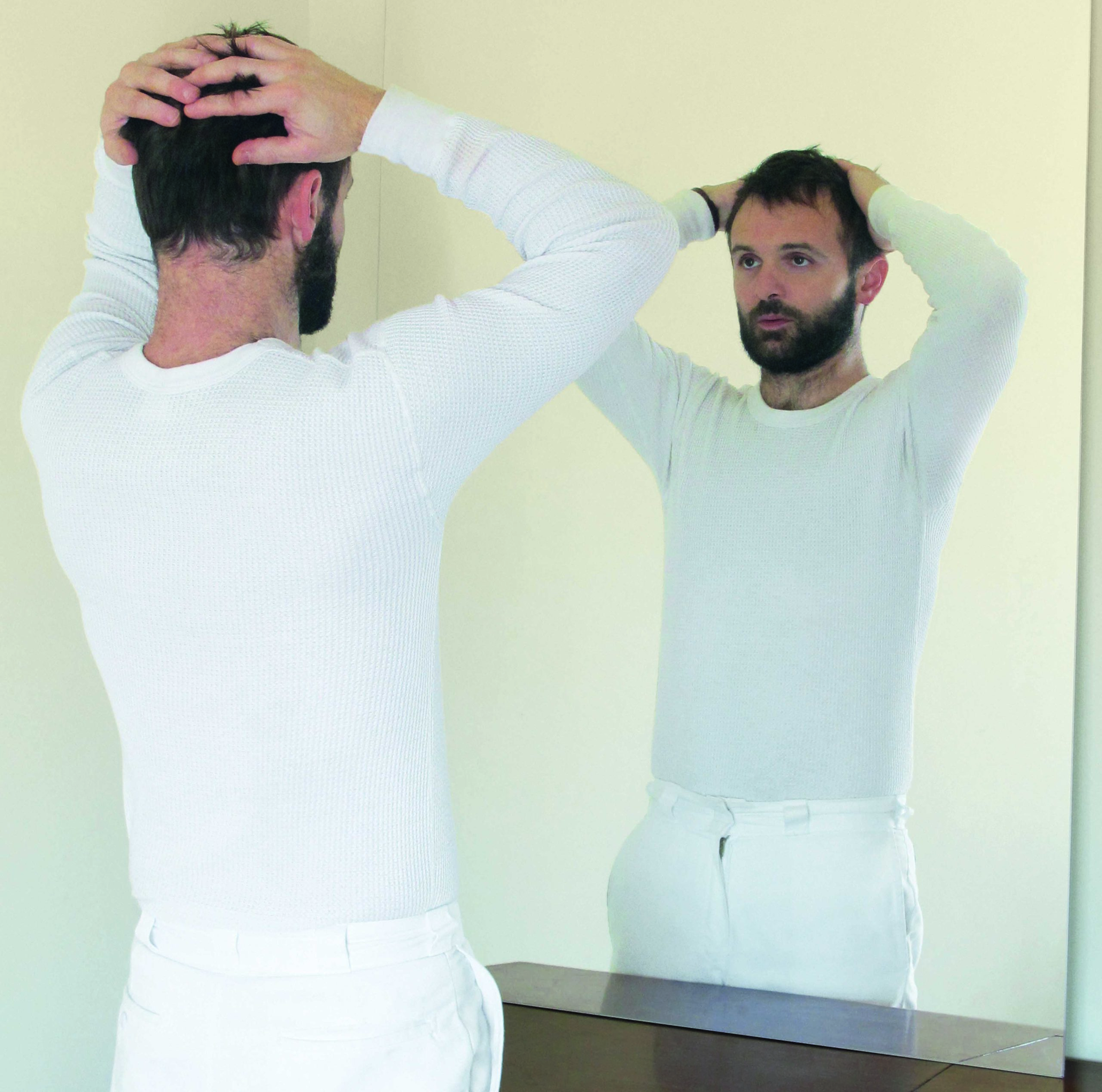 Originally Re Eff (pronounced Ri Èf) was a bunch of texts. One hundred and fifty pages that Julien Gasc wrote by trying his hand at the art of cut-up: a literary and political act of counter-fiction based on William Burroughs’s method. It was also Julien Gasc’s response to the isolation of 2020, while he was seeking refuge in the Southwest of France, with time as far as the eye could see, and a piano.

For a long while, it hadn’t been about songs, but about expressing the indescribable by cutting randomly from books and his own notes, attempting to fleetingly strike a balance, find a beauty, a happy accident. Incidentally, it was almost by accident, while recycling a piece that he’d composed for steel guitar pedal, that Julien Gasc sketched the first draft of “Ce soir les bouteilles dansent” (“Tonight the Bottles Are Dancing”). This was combined with a version of “Rosario Bléfari”, recorded on an inexpensive Casio synthesizer. These were Re Eff’s baby steps.

While everything was at a standstill, in stasis, Julien Gasc wanted to send a group message to some friends, to his family, a message from a confinee to those who weren’t answering, friend or foe, imaginary or otherwise. It was this collective recipient that he nicknamed Re Ef. The name comes from “re” (re-) and “effacer” (erase), words found during a cut-up and transformed into ri èf for added euphony, like a facetious grief (grievance, reproach in French) without the “g”. Like its title, a kind of serious joke, the album is one long interplay between humour and gravitas, sense and nonsense, shadow and light, aiming to fully describe feelings in terms of their ambiguous and contradictory elements.

Through a return to regular piano practice, calm recovered at a holiday resort town, and literary experimentations, to which he added transcribed dreams, as in “La scie de la vision modern” (“The Saw of Modern Vision”), Julien Gasc composed ten demos on his computer. These demos were then rerecorded at Syd Kemp’s Haha Sound studio in London, in December 2021. The mix was completed there again, in February 2022, by Syd and Julian.

Play to play and write to write, those are the keywords of Re Eff, in which memories are freely combined (“À travers le regard de l’indienne” / “Through the Amazon’s Eyes”), the theme of enclosure and passion (“Amour velours” / “Velvet Love”), melodrama (“Délivrance”), and romantic novella (“Tout ne peut pas nécessairement donner quelque chose” / “Not Everything Leads to Something”). Music resolutely oriented towards the piano, towards bold and filmic harmonic movements that make a successful form of lyrical poetry possible. Because all in all, by singing about current events – his own and those of the world – in an elegiac tone, like bards, Julien Gasc was gradually transformed from pop singer into poet.