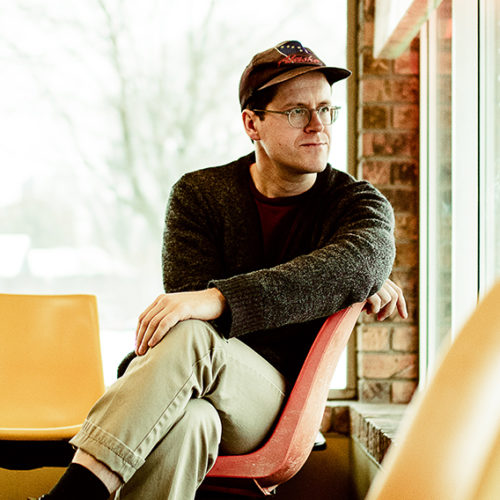 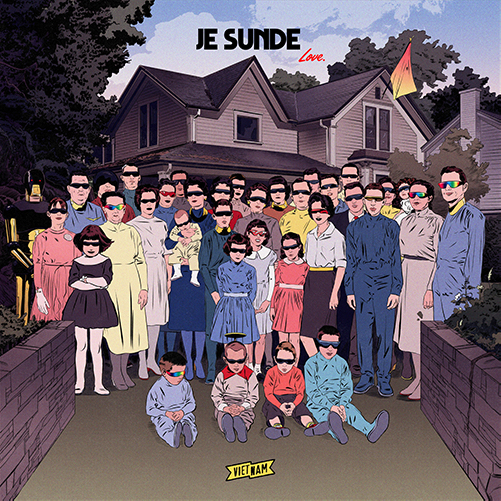 Not long after he crossed over to the high side of 30, Minneapolis songwriter J.E. Sunde realized that his life had not quite followed the trajectory he’d expected. After nearly a decade alongside his brother and best friend in the magnetic folk trio The Daredevil Christopher Wright and a pair of solo albums, Sunde had found only limited professional success. The tours and the proverbial yearning to make it had zapped his energy and ambition, too. What’s more, old pals were already getting married and raising families, while he struggled to sustain the long-term romance he craved. He couldn’t help but wonder: Is something wrong with me?

“I wrestled with this real sense that I’m not worthy, that I had done something to screw up my chance to find a partner or happiness,” remembers Sunde. “It could be embarrassing and confusing.”

To explore that question and sense of isolation, Sunde turned, once again, to song. And rather than a sense of despair, he was surprised to find a more inspiring unified theme: love. For two years, he seemed to turn out one tune after another that, if it didn’t include the very word in the title itself, at least hinged on the perils and promises of that most broad and deep feeling. On “Your Love Leaves a Mark,” he glimpsed redemption in the mundane image of a lover rising from the bed each morning and dressing for work. On “Clover,” he considered how our politics and beliefs are mostly an expression of what we have chosen to embrace and love. On “I Love You, You’re My Friend,” he vowed to be vulnerable and open with the people he cared for, to show love by showing up and being honest.

Together, these nine songs about love shape Sunde’s third LP, faithfully titled 9 Songs About Love. A wide-hearted record that frames these complex feelings with a winning sense of accessibility and directness, 9 Songs About Love is a poignant reminder to be good to yourself and that you are worthy of love, no matter the shape or pace it takes. Newly at ease with his apprehension at his lots in life and love, Sunde has made his most charming and powerful album yet.

“I’ve started to realize more and more that, if I’m feeling this way, lots of people are,” says Sunde. “I’m not so unique that these thoughts are new to me. And that’s the service of art: When you hear that lyric that hits a bell inside you, you say, ‘Oh, that’s me.’ Everybody is strange and confused and waiting by the phone, waiting to be invited by the party. I hope these songs pick up the phone and extend the invitation to help.”

Writing these songs was, at times, an uncomfortable experience for Sunde, even if many seemed to come easy. Though they’re not entirely autobiographical, they depend on personal kernels of experience and insight. Breezy, buoyant opener “Sunset Strip” documents the toil touring can have on a relationship. Arcing and epic finale “Risk” posits that “Love’s a risk that’s worth the risk,” a gamble he has taken himself. But he realized this was part of the point—being uncomfortable was simply a growing pain of pushing himself into complete honesty, a side-effect of reckoning fully with his reality. “I’m learning to trust that feeling,” Sunde says. “These songs have helped me lean into that.”

He carried that insight into the studio, too. In the years since The Daredevil Christopher Wright pressed pause, Sunde slowly built a band of new confidants—drummer Shane Leonard and bassist and trombonist Andrew Thoreen. They both played on Sunde’s second solo album, 2017’s Now I Feel Adored, but Sunde wanted to open up the songs to them more, to let these people he loved impact these nine songs about trying to understand love.

Working with longtime friend Brian Joseph (Bon Iver, Sufjan Stevens), who co-produced the record with Leonard, they kept the songs spare and sharp, so that every perfect flourish only emphasizes the emotional work and weight of the words. When the trombone launches into a funky strut during “Love Gone to Seed,” for instance, it reinforces the silly futility of trying to catch something that wants to be set free. And on the album’s poetic centerpiece, “I Don’t Care to Dance,” Sunde goes it alone, bravely negotiating the terms of his burgeoning happiness with a partner who accepts him in full. It’s a simple but stunning moment of clarity, all the overwhelming confusion of being vulnerable sublimating into this incisive acoustic waltz.

“Making 9 Sings About Love was a real stretch and challenge for me. That represents this philosophy of trying to trust more overall—that it’s OK to feel a little bare and a little uncertain,” says Sunde. “It’s worth the risk.”

Will these songs somehow change Sunde’s career, put him in that position of prominence he spent years pursuing? Maybe. They’re good enough to be generational anthems, but it’s hard to say for sure, of course. Either way, these are songs that have changed his life, mirrors he made and then held up to himself to understand that he’s just fine the way he is. May they do the same for you.