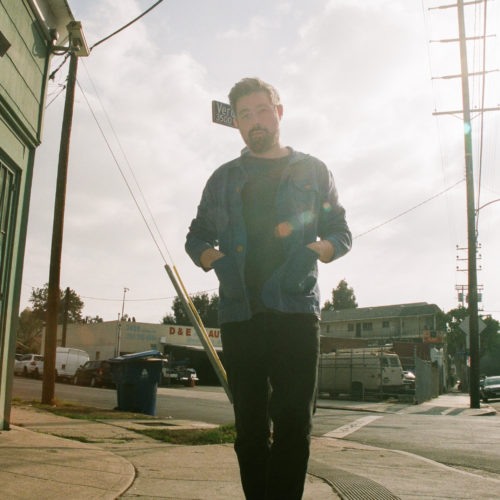 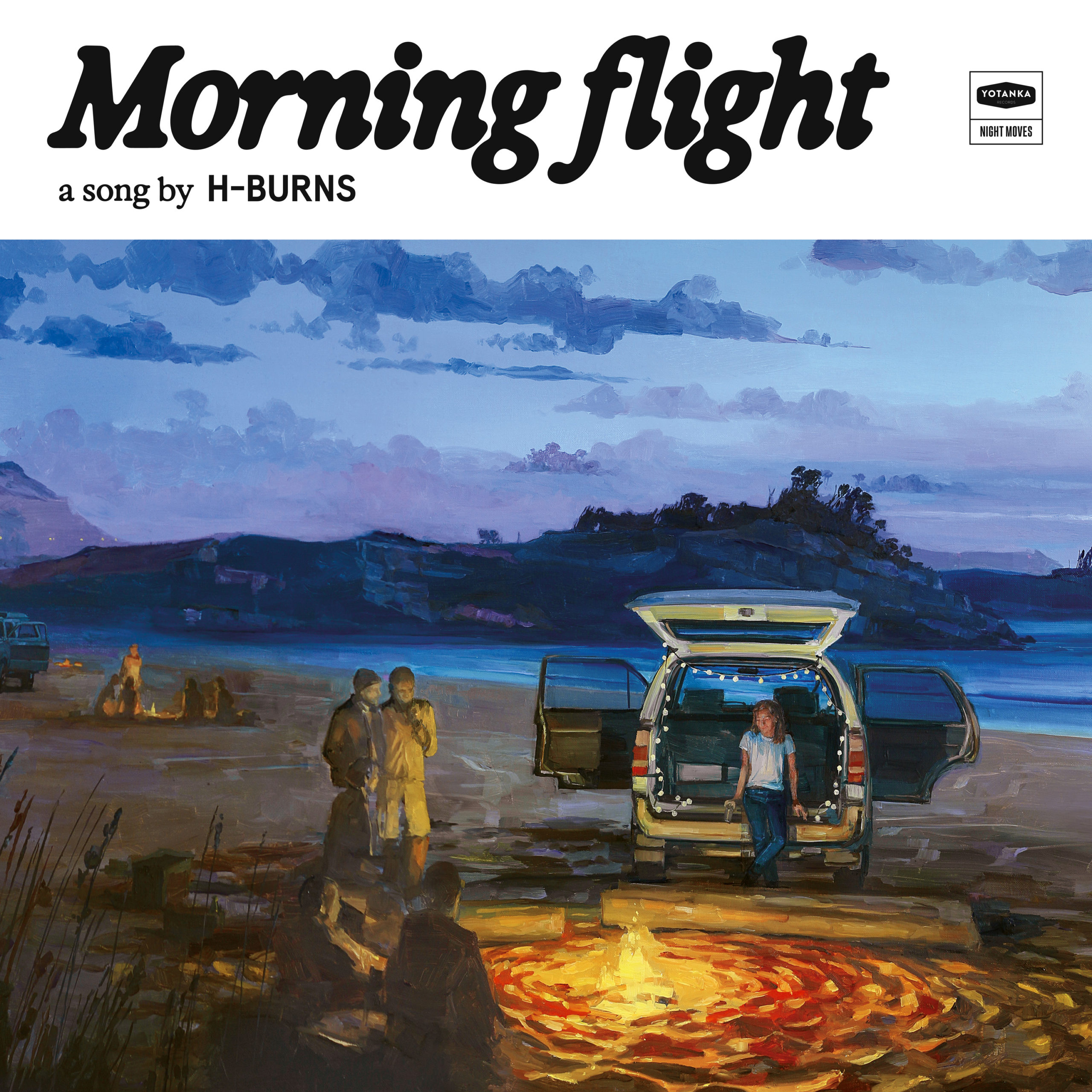 Sometimes calm, sometimes turbulent, a lot of water has flowed since his solo debut Songs from Electric Sky in 2006. Since then, H-Burns has released a fine corpus of albums where acoustic folk and electric rock, minimalist ambition and mastered lyricism intersect. This seems perfectly condensed in this ninth studio album, Sunset Park.

The cover says it all. Painted by Gilles Marrey at the request of H-Burns, it represents the Pacific City beach, located in Oregon. Strangely – or not – it evokes the famous Caspar David Friedrich painting, The traveller contemplating a sea of clouds. And it is bathed in a twilight whose definition the musician reminds us of: “uncertain light just after sunset”. A good summary of Sunset Park, a record of emotional and artistic break-ups. The aesthetics, however, remain faithful to H-Burns’ path. He has followed in the footsteps of the road trips of yesteryear…

Loneliness, separation, lack, in the depths of which evolves an artist who accepts that he is no longer the same as before, without denying himself. This is the starting point of Sunset Park, which was written just before the first confinement, at the end of the Vercors. No bungee jumping, no night of lying: here, it’s all about delivering the truth. Telling the story of a loss of reference points, living with the absent. After the confinements, it takes shape in a farmhouse in the Basque country, in David Chalmin’s studio, and is definitively shaped in Rob Schnapf’s musical lair in Los Angeles. It’s about moving from one ocean to another, from the Atlantic to the Pacific. H-Burns and Rob had already collaborated together on Night Moves and Kid We Own the Summer, at key moments in the life of the former who, in December 2021, felt it was time to return to the roots of a new artistic direction.

So, while he remains a writer, composer, multi-instrumentalist and producer, H-Burns has left the mixing to Rob. For the objectivity, the freshness, the West Coast vibe: “Nobody better than him could have provided the family atmosphere, protective like a cocoon that I was looking for”. Then he took the road back to Vancouver, a road already traced a few years ago, to find serenity. As a soundtrack, the audiobook of Paul Auster’s novel Sunset Park. On the way back, it will be time to tackle his reinterpretation of Leonard Cohen’s songs, proposed with the record and the live Burns on the Wire, a project that “allowed him to persist in a universal vein, nourished by Cohen’s wise melancholy.

The result is a memorable record, one of those said to be an instant classic. If the expression can be overused, it makes sense from the superb introduction “Sunset Park”, punctuated by impressionistic touches of lapsteel: you are immediately plunged into H-Burns’ America. This is followed by “Morning Flight” which, under the guise of folk, builds to an apocalyptic crescendo, a “Late Bloomers” whose up tempo “freezes the post-adolescent invincibility”, analyses H-Burns: “The impression that nothing reaches us vanishes over the years before leaving us alone to face adversity.

A declaration of love to Los Angeles, “L.A.” is filled with the spectre of Elliott Smith, once portrayed by Rob Schnapf. Movies” is an ideal conclusion, and also summons ghosts with whom one learns to cohabit. Meanwhile, H-Burns shares ‘Dark Eyes’ with Dominique A. One of his few living French role models. Distinct yet close, their two sensibilities watch the eyes of the loved one change until they are no longer recognisable.

If folk always invites itself into H-Burns’ melodies, notably under the influence of the sad California of Neil Young’s On the Beach, Sunset Park echoes The National’s sonic quest around an electric soil and rhythmic work. Recording with two of the American band’s regular collaborators, David Chalmin and Benjamin Lanz, who plays on the horns, is no accident: “The National are not afraid of arranged flights of fancy, of expressing their emotions very high or very low,” explains H-Burns. That’s what I wanted here too: a sound chart that is not monolithic. Thus, in the space of eleven songs, H-Burns confirms one of the primary aims (and one of the great virtues) of music: to speak about oneself while addressing everyone.