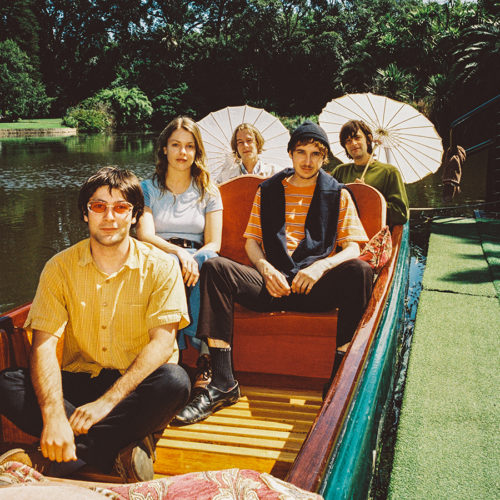 The True Story of Bananagun 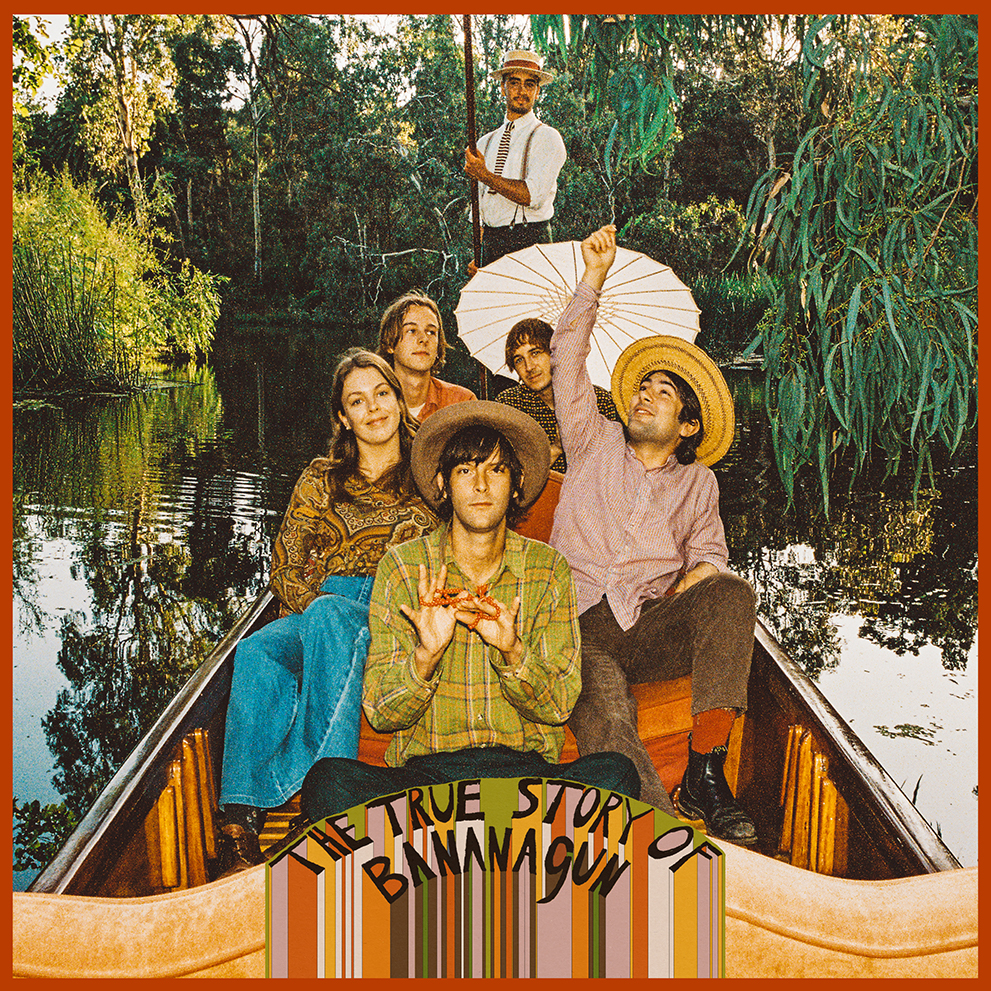 Hailing from Melbourne, but with a sound stretching from 60s and 70s afrobeat and exotica to Fela Kuti-esque repetition, the proto-garage rhythmic fury of The Monks and the grooves of Os Mutantes, there’s an enticing lost world exoticism to the music of Bananagun. It’s the sort of stuff that could’ve come from a dusty record crate of hidden gems; yet as the punchy, colourfully vibrant pair of singles Do Yeah and Out of Reach have proven over the past 12 months, the band are no revivalists. On debut album The True Story of Bananagun, they make a giant leap forward with their outward-looking blend of global tropicalia.

The True Story of Bananagun marks Bananagun’s first full foray into writing and recording as a complete band, having originally germinated in the bedroom ideas and demos of guitarist, vocalist and flautist Nick van Bakel. The multi-instrumentalist grew up on skate videos, absorbing the hip-hop beats that soundtracked them – taking on touchstones like Self Core label founder Mr. Dibbs and other early 90’s turntablists.

That love of the groove underpins Bananagun – even if the rhythms now traverse far beyond those fledgling influences. “We didn’t want to do what everyone else was doing,” the band’s founder says. “We wanted it to be vibrant, colourful and have depth like the jungle. Like an ode to nature.”

Van Bakel was joined first by cousin Jimi Gregg on drums – the pair’s shared love of the Jungle Book apparently made him a natural fit – and the rest of the group are friends first and foremost, put together as a band because of a shared emphasis on keeping things fun. Jack Crook (guitar/vocals), Charlotte Tobin (djembe/percussion) and Josh Dans (bass) complete the five-piece and between them there’s a freshness and playful spontaneity to The True Story of Bananagun, borne out of late night practice jams and hangs at producer John Lee’s Phaedra Studios.

“We were playing a lot leading up to recording so we’re all over it live”, van Bakel fondly recalls of the sessions that became more like a communal hang out, with Zoe Fox and Miles Bedford there too to add extra vocals and saxophone. “It was a good time, meeting there every night, using proper gear [rather than my bedroom setups.] It felt like everyone had a bit of a buzz going on.”

Tracks like The Master and People Talk Too Much bounce around atop hybrid percussion that fuses West African high life with Brazilian tropicalia; the likes of She Now hark to a more westernised early rhythm ‘n’ blues beat, remoulded and refreshed in the group’s own inimitable summery style. Freak Machine is perhaps the closest to those early 90’s beats, but even then the group add layers and layers of bright guitars, harmonic flower-pop vocals and other sounds to transmute the source material to an entirely new plain. Elsewhere there’s a 90 second track called Bird Up! that cut and pastes kookaburra and parrot calls as an homage to the wildlife surrounding van Bakel’s home 80 kilometres from Melbourne.

Oh, and there are hooks galore too – try and stop yourself from humming along to Out of Reach’s swooping vocal melody.

Bananagun are first and foremost a band enthused with the joy of living and The True Story of Bananagun is a ebullient listen; van Bakel – as the main songwriter – is keen not to let any lyrical themes overpower that. There’s more to this record than blissed out grooves and tripped out fuzz though: The Master is about learning to be your own master and resisting the urge to compare yourself to others; She Now addresses gender identity and extolls the importance of people being able to identify how they feel. Then there’s closing track Taking The Present For Granted, which perhaps sums up the band’s ethos on life, trying to take in the world around you and appreciating the here and now.

A keen meditator, van Bakel says of the track: “so often people are having a shit time stuck in their own existential crisis, but if you get outside you head and participate in life and appreciate how beautiful it all is you can have a better time.”

Even the band’s seemingly innocuous name has an underlying message of connectivity that matches the universality of the music. “It’s like non-violent combat! Or the guy who does a stick up, but it’s just a banana, not a gun, and he tells the authorities not to take themselves too seriously.”

The True Story of Bananagun then is perhaps a tale of finding beauty in even these most turbulent of times.