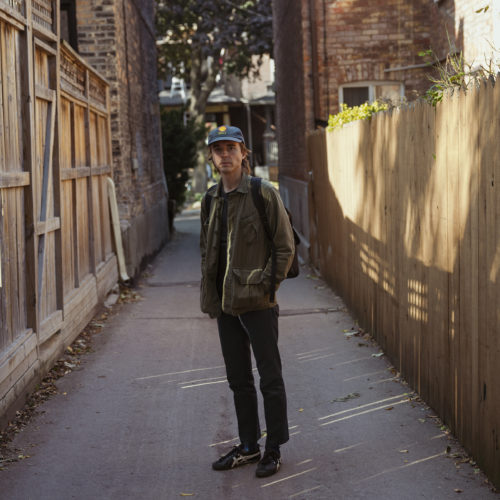 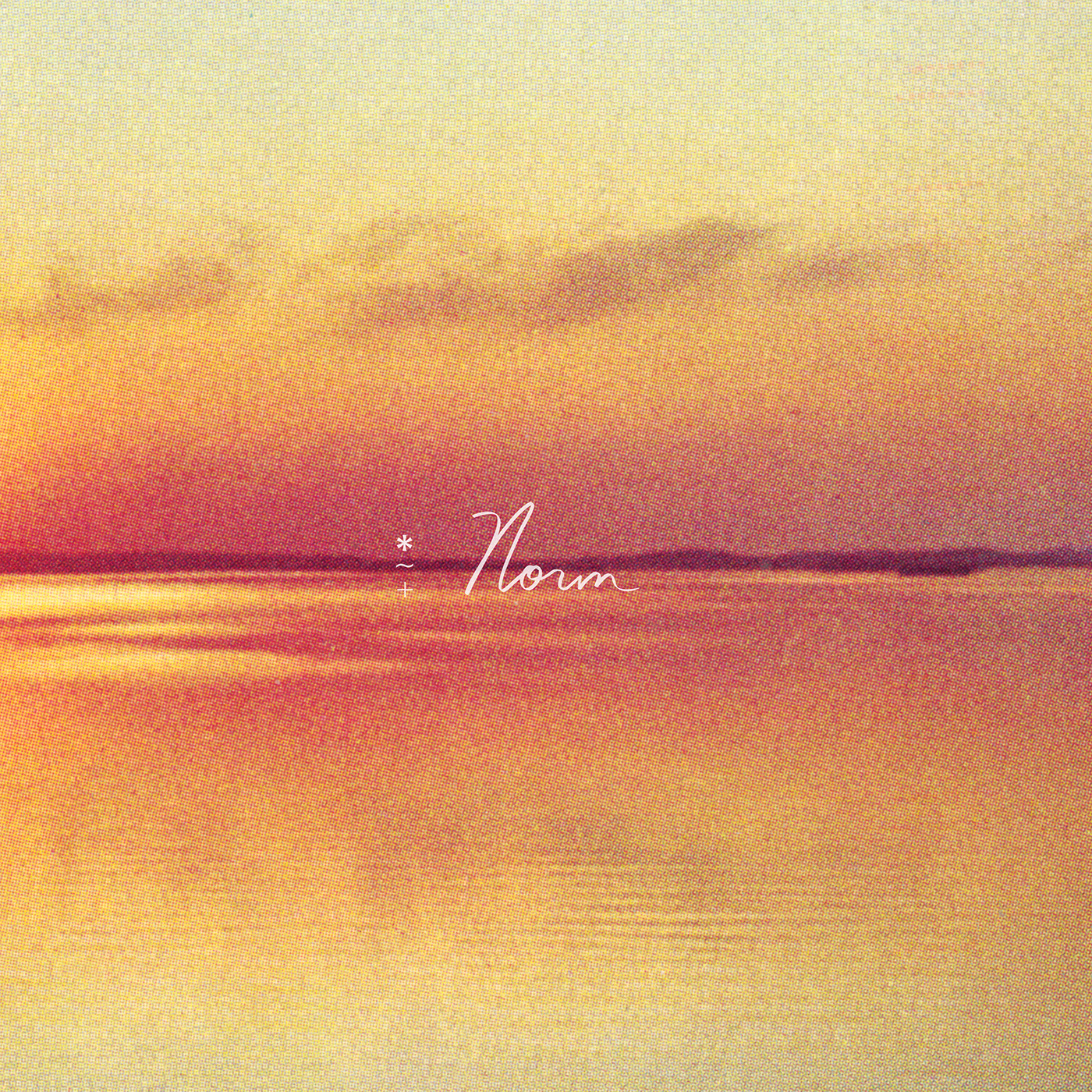 Norm, the eighth album from singer-songwriter Andy Shauf, is a shimmering arc with unsettling silences that complete its story, the pop and hiss of a needle on a turntable after the song ends, emptiness like a trap door into something tender and terrifying. The Saskatchewan-born performer has already made a name for himself with television appearances and enviable reviews for his prior work, including his 2016 outing The Party, which The Sunday Times praised for “killer lyrics in music of extraordinary beauty,” and the night-at-a-bar drama of 2020’s The Neon Skyline, which Pitchfork called “a wistful, funny, and heartbreaking world.”

With Norm, he’s upended his songwriting methods, creating a deeply haunting and unpredictable universe. It’s a classic Shauf premise to wonder whether we’re destined for disappointment and pain when people don’t love us the way we want them to. But he’s taking the question further this time. Many tracks on Norm start out delicate and forlorn, with the feel of classic torch songs. In the middle of a line, Shauf’s vocals shift unexpectedly to a higher, plaintive register. He sounds as if he’s sitting next to you, singing quietly in your ear, with the persuasive pining of Chet Baker, if Chet Baker sang in round Canadian vowels.

But listen closely, and deep in the music, a shift happens as the world goes sideways. The tempo slows, vertigo slips in, or a discordant note appears. An uneasy clarinet phrase devolves into a busy signal. A lyric veers from a bird’s-eye-view to intimate thoughts. The result is a recognizable Shauf production, but with a flowing landscape of suppressed grooves propelling the songs toward uncertain destinations. He’s driving us out to a wild and dangerous place. The story takes shape through little epiphanies, accumulating like debris from a series of implosions.

Norm’s cast of characters includes four voices in all. Three are narrators, inside whose perspective Shauf submerges us for one or more songs. The voice of a fourth character appears only via a memory of laughter and a single line, relayed by one of the narrators: “are we leaving the city?” Watching a David Lynch film one night, Shauf found inspiration for how to frame his concept. What appeared to be a nearly static camera shot of a key on a table continued uninterrupted for two minutes, then five minutes, then seven. It seemed impossible in its relentlessness, bordering on genius. Eventually, Shauf realized his browser had crashed and the movie had frozen. Enchanted by the sense of possibility and wonder that had made the film so vivid to him during that period of incomprehension, he wanted to create something similar. He deliberately left open spaces through which readers could enter to find the story and create meaning for themselves.

What would eventually become Norm started out in a very different place. Back in 2020, Shauf wasn’t planning to make a concept album or a clustered narrative. This time, the songs wouldn’t be the stage for a cast of characters he had bound together song after song in aching proximity, all of them making each other happy or miserable or both. Maybe, he thought, he would make a disco record. What he really wanted was to make a normal record. It would be a set of unrelated songs, like albums recorded by other artists. A normal record. He decided he would call it Norm.

Shauf hates talking on the phone, so, imagining someone different, he wrote “Telephone” (“i wish you’d call me on the telephone / i want to hear your voice / reaching late into the night”). The yearning intensity of the song went unusual places. It seemed worth keeping. Eventually, he came to another song – this one about someone named Norm (“oh boy norm / on his side / clutching the sofa / eyes open wide”). It became apparent that “Norm” might work well with “Telephone.” He had already written several other unrelated numbers, but he started to imagine a collection of songs which all existed inside the same world as Norm.

Once he realized he did, in fact, have the makings of another concept album, he began revising the freestanding songs he’d written for the original idea of Norm. He bent and planed and carved them toward each other bit by bit, playing God and altering the lyrics until they had all been reengineered to belong in Norm’s universe. As he coaxed the songs for Norm away from their earlier, freestanding incarnations, he wanted to connect them without force-marching listeners through an obvious story. He felt unsure how far he needed to go to tie the tracks together. Refining the lyrics, he sent them to his friend, Nicholas Olson, who interpreted the overall narrative as he understood it. They repeated this process a few times, until Shauf felt the bones of the story as he imagined it lay close enough to the surface to be dug up by anyone who wanted to go looking.

He’s tackling love and loss on a more panoramic, extreme scale with Norm, but Shauf feels the album is consistent with his earlier focus on small, intense encounters. “Big subjects are trickier to write about,” he says. “But the way that I found to write about them was by writing about them as a bunch of small things. Everything is everything. Big is just a bunch of small things.”

Shauf uses these close-ups to devastating effect. He keeps us focused on the tiny connections between lonely creatures, while raising the stakes on the action to existential levels. There’s a story unfolding that leaps song to song, illuminating the comedy and cruelty of humanity, but most of the action takes place in the gaps between tracks. In his past songwriting, Shauf typically figured out the chord progressions he wanted on his guitar and composed from that base. With Norm, he deliberately blew up his process. “I was trying to shift away from my usual starting point,” Shauf says, “and begin with purely the melody, then find different ways to support it, hopefully avoiding the things I’m used to doing.”

When it came to the sound he was going for in recording, he likewise dismantled his standard approach. Shauf saw his past recordings as trying to recapture a bygone era and worried that he was turning into a throwback artist. On Norm, he tried for a different feel. “I decided that this would be my modern record, and I wanted it to sound modern.” Engineer Neal Pogue – whose groundbreaking work with Outkast and Tyler the Creator made their albums unforgettable – came on board to mix the project. Pogue took Norm’s sonic framework in another direction, one with a greater sense of clarity and lots of space.

“I had been working on those songs for over a year, just tinkering away,” says Shauf. “And so when Neal sent me a first mix, he would focus on things that I had forgotten were important to the track. He brought this technical know-how that could more purely bring out the sound of the record.”

As with earlier projects, Shauf played or sang everything on the album, and made use of his trademark clarinet and guitar. But the acquisition of a synthesizer and a piano ended up laying the foundation for the record. The atmospheric sounds of vaporwave Shauf had been listening to in recent months also helped to shape his compositions. But like all the other influences Shauf absorbed for Norm, they’re filtered through his sensibility, becoming additional threads in a tapestry that includes everything from a string section to a triangle. The motley components he’s assembled fuse together in ethereal, precise arrangements.

Norm shows off Shauf’s stellar phrasing, in which a given line might completely recast the one that came before. Singing from an omniscient perspective about all the sorrows of Norm’s world, he croons, “what is now will always be,” then, after almost a measure goes by, he adds the word “changing.” His vocals convey the confusion of the characters on the record: sometimes surprised, often surprising.

With Shauf singing everything, it’s not always obvious at first whose point of view is represented in each song. But the lyric sheet provides discreet clues to know whose voice we’re hearing at any given moment. Only through repeated listening does the story fully reveal itself.

Each person offers their point of view without irony, as on the song “Sunset”: “oh, my never want to leave your side.” All that earnestness is real, but it’s theirs, not necessarily ours.

One of Shauf’s gifts as a songwriter is to reflect the trivial ideas that preoccupy us inside our own minds. A character throwing a ball at a party imagines how the scene might appear to someone watching. Another sits alone in his car rehearsing a pickup line in his rearview mirror. As observers, it’s often touching and funny to hear the characters absorbed in the minutiae of their daily lives (“i had one destination in mind / and that destination was / the halloween store”).

Synchronicity and manipulation collide, resulting in ever more unpredictable situations (“where did your car go?”). Shauf crosses the line separating longing from lunacy, then goes even farther, to show us what lies beyond. The last track (“All of My Love”) recapitulates the first song (“Wasted on You”). By this point, the bright synth tones and near-groove that earlier served as counterpoint to the dark lyrics have vanished. We’re left adrift on a melancholy sendoff, the closing phrase in a farewell letter to or from this unsteady world: “was all of my love wasted on you?”

Some things are worse than a distant, uncaring universe. Why all this darkness? You might as well ask: what counts as a love song? What is love?