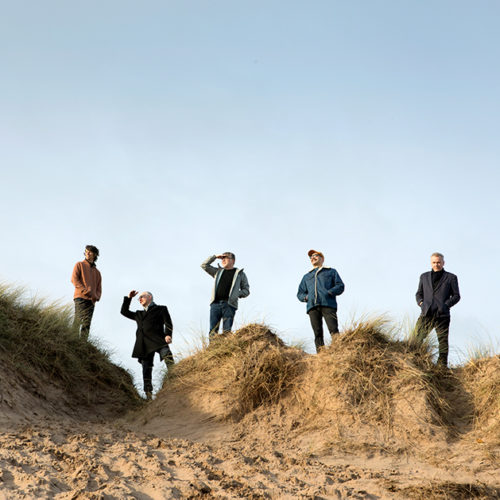 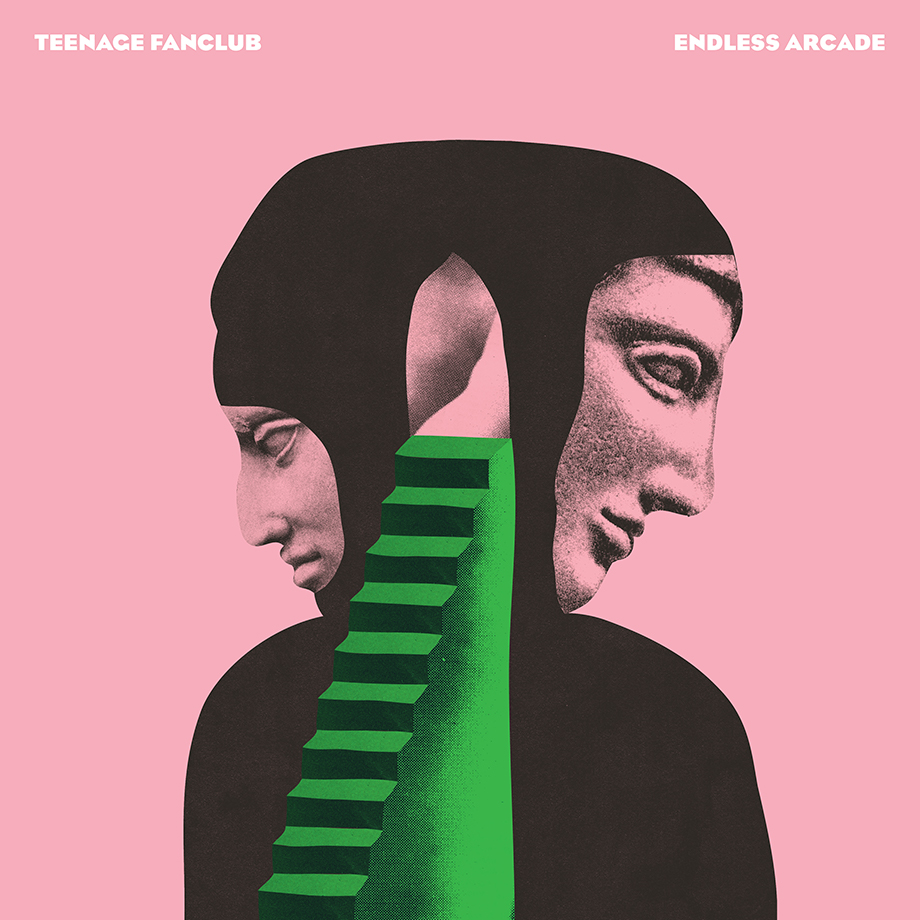 Even if we weren’t living through extraordinarily troubling times, there is nothing quite like a Teenage Fanclub album to assuage the mind, body and soul, and to reaffirm that all is not lost in this world.

Endless Arcade follows the band’s ninth album Here, released in 2016 to universal acclaim, and notably their first Top 10 album since 1997, a mark of how much they’re treasured. The new record is quintessential TFC: melodies are equal parts heartwarming and heartaching; guitars chime and distort; keyboard lines mesh and spiral; harmony-coated choruses burst out like sun on a stormy day.

In the 1990s, the band crafted a magnetically heavy yet harmony-rich sound on classic albums such as Bandwagonesque and Grand Prix. This century, albums such as Shadows and Here have documented a more relaxed, less ‘teenage’ Fanclub, reflecting the band’s stage in life and state of mind, which Endless Arcade slots perfectly alongside. The album walks a beautifully poised line between melancholic and uplifting, infused with simple truths. The importance of home, community and hope is entwined with more bittersweet, sometimes darker thoughts – insecurity, anxiety, loss.

Such is life. But the title track suggests, “Don’t be afraid of this endless arcade that is life.”

“I think of an endless arcade as a city that you can wander through, with a sense of mystery, an imaginary one that goes on forever…” says Raymond McGinley, one half of the band’s songwriters for this album alongside Norman Blake. “When it came to choosing an album title, it seemed to have something for this collection of songs.”

Says Norman, “We’re all getting older and you can’t help but think about mortality, especially when you’re being creative and reflecting on your life.”

“I think emotional honesty is really the only lasting value you can offer,” Raymond adds. “Don’t create a pastiche of yourself. Don’t try to be cool or witty, or try too hard.”

So how did the band set out to explore this Endless Arcade? Raymond: “The process is much the same as it always has been. In 1989 we went into a studio in Glasgow to make our first LP. Francis starts setting up his drums, the rest of us find our spots around him and off we go. Thirty years later Francis is setting up his drums in Clouds Hill Recordings in Hamburg. A few hours later we’re recording the first song. We don’t conceptualise, we don’t talk about it, we just do it. Each of us are thinking our own thoughts, but we don’t do much externalising. We just feel our way into it.”

Dave McGowan has been feeling his way into the band’s sound since 2004, mainly on keyboards and guitar, but the past two years have seen him take over on bass, his primary instrument. Francis Macdonald on drums was there at the outset. Although he has played and sung on record with the band previously, this is the first time Euros Childs has featured on keyboards across a whole Teenage Fanclub album.

“We were very comfortable with each other in the studio,” says Norman. “I think some of the playing is a bit freer and looser than on recent albums. Dave and Euros’ playing is amazing, and Francis on drums is really swinging. Something unusual for us on this album is we alternated between touring and recording. Sometimes if you take time away from everything to just work on songs you end up a bit musically rusty by the time you all come back together to record. This time round we were able to hit the ground running, and I think that shows”.

“The whole process of making this album was very invigorating. Everyone in the band contributed a lot and the song arrangements came together really quickly. I think we’re playing especially well and positively on Endless Arcade. Everything felt fresh.”

Something else they all feel good about is the artwork. Euros suggested they use his friend Huw Evans, aka musician H. Hawkline, to design the sleeve. “It’s amazing,” Raymond says, “we absolutely love it!”

A preview from the album came in February 2019 with Raymond’s ‘Everything Is Falling Apart’, an online single released at the outset of a six-month tour and a highlight of Endless Arcade.

Everything is falling apart? Well, yes, but the song was written long before COVID-19 arrived. Neither was Raymond’s inspiration political or social, but more, “the entropy in the universe, the knowledge that everything eventually decays,” he explains. But Raymond says relax. Or rather, “Relax, find love, hold on to the hand of a friend”.

Fortunately, Endless Arcade was virtually finished by the time lockdown was announced, bar the odd tinker under the engine hood. It seems timely, given how everyone had to initially stay home under lockdown, that the album starts with Norman’s ‘Home’, though it was chosen in part because of its opening line: “Every morning, I open my eyes...” The album’s longest track (at seven minutes) typifies TFC’s relaxed groove, culminating in Raymond’s peach of a guitar solo.

Norman’s search for ‘home’ could be literal: after all, he’s been living in Canada for the last 10 years. But it’s also figurative. Like Norman’s other Endless Arcade songs – The Sun Won’t Shine On Me’, ‘Warm Embrace’, ‘I’m More Inclined’, ‘Back In The Day’ and ‘Living With You’ – his words on ‘Home’ are etched by loss and yearning. “Without going into too much detail, the last eighteen months have been challenging for me on an emotional level,” he admits. “But it’s been cathartic channeling some of these feelings and emotions into song.”

In contrast, Raymond’s songs – he’s also responsible for ‘Come With Me’, ‘In Our Dreams’, ‘The Future’ and ‘Silent Song’ – are philosophical and questing. As he sings in ‘The Future’: “It’s hard to walk into the future when your shoes are made of lead”, but he’s still going to try, “and see sights we’ve never seen.”

Says Raymond, “All my life, I’ve been aware of mortality, but as I’ve got older, and I’ve got closer to the reality of that, I’ve become less and less concerned about it. I’m trying to relax rather than get wrapped up in the minutiae of stuff that doesn’t matter.”

In the band’s own near-future, they’re already planning another new album given they can’t yet tour the one they’re releasing now. Welcome back, Teenage Fanclub, unafraid of this endless arcade that is life.