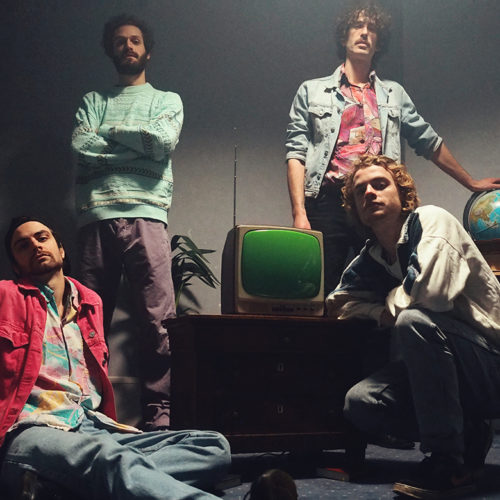 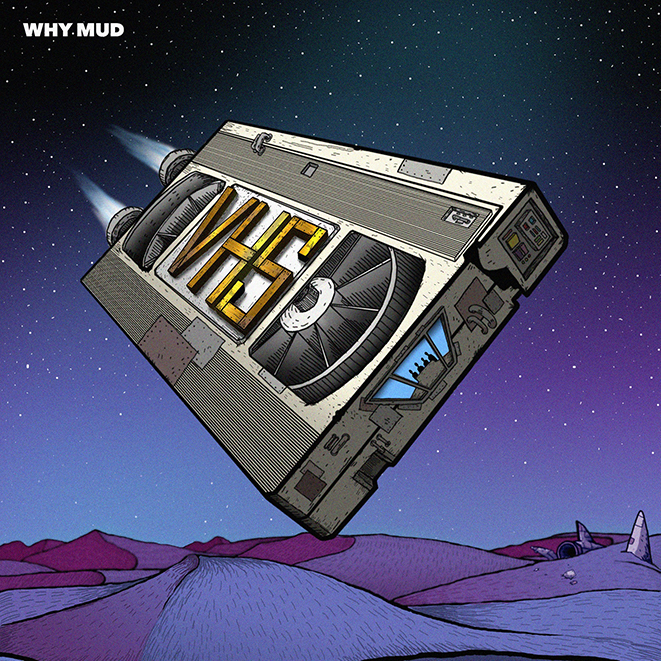 Floating through progressive rock, pop, and psych, WHY MUD is opening the doors to their colorful universe. This out of the world music experience is a constant shift between nostalgic and dreamy, soothed by a sensual rhythms. Where Adam & Joe, a concept-album released in 2016, reveals a certain taste for progressive rock and Greek tragedy, KETCHUP, released the following year, signs the perfect summer soundtrack with a pop groove tinged with sweet madness.

WHY MUD is now taking yet another turn with VHS releasing their new concept-album scheduled for September.

Starting in Atlantis and ending in Ancient Egypt, these groovy lads go on the ultimate quest to find their lost innocence aboard a giant videotape spaceship.  Carried by an elegant pop that gives prominence to touches of the psyche and dreamlike hooks, now sung entirely in French. Behind lighthearted lyrics, Peter Pan syndrome appears in the 10 tracks of the album brought to life by Roland’s silky voice.
Throughout VHS myths are intertwining, suspended somewhere between space and the ocean.