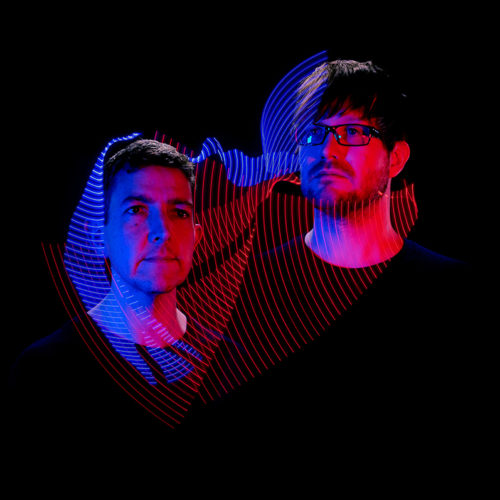 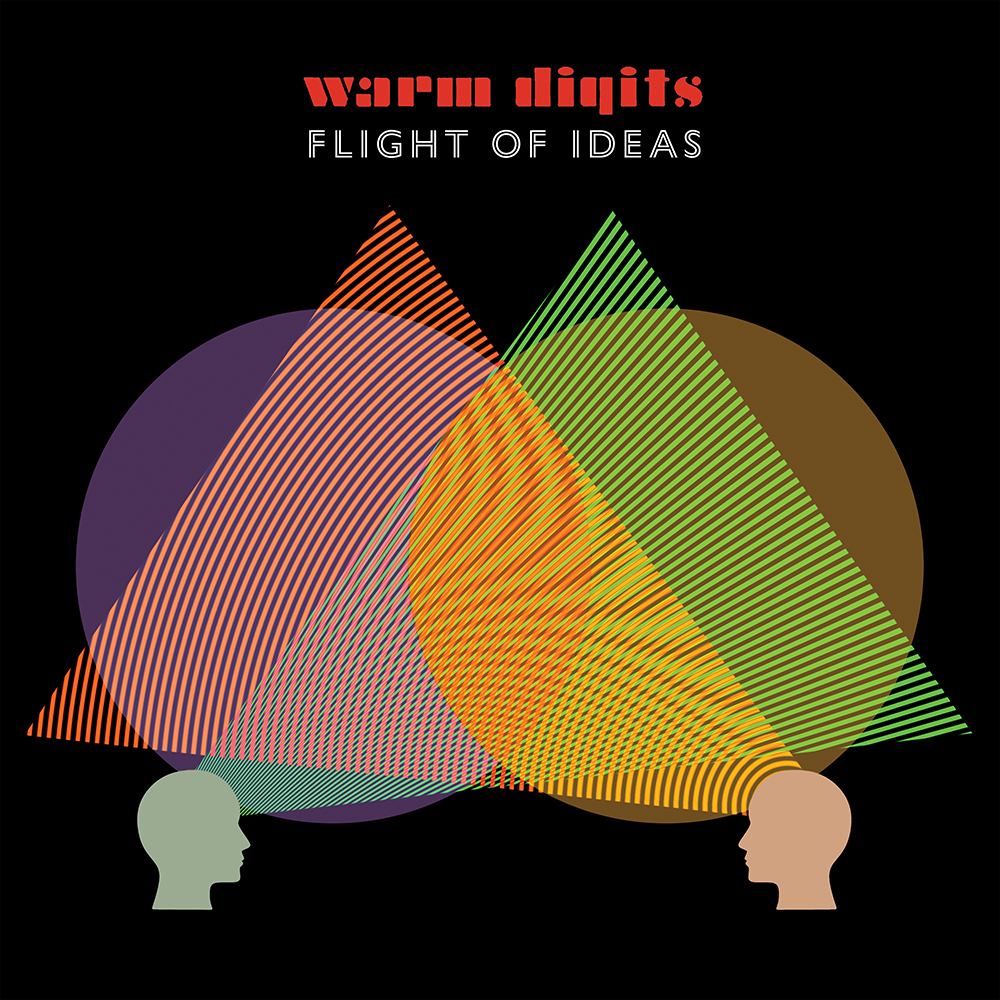 On “Flight of Ideas”, Warm Digits make a call to arms: when we all think our ideas are right, what are the costs of never believing you could be wrong? Looking back to the history of psychology to find out what happens when ideas outlive their sell-by date, with their vocal guests they set up a blistering musical exchange between fluorescent agit-funk, primary-coloured synth-bounce and fizzing sheets of guitar noise. The thunderous motorik space-disco duo with a pounding post-punk pulse, Warm Digits burst into technicolour with Flight of Ideas, an album that effortlessly captures the kaleidoscopic abandon of their rapturously-received live shows while moving into increasingly accessible and tuneful territory. The LP features vocal contributions from Maximo Park’s Paul Smith, The Lovely Eggs, The Orielles, Rozi Plain and the Delgado’s Emma Pollock.

As comfortable performing at a childrens’ matinee show as they are in the shadow of Jodrell Bank, Warm Digits have climbed upwards and onwards from the apocalyptic floor-fillers of their warmly-reviewed 2017 album Wireless World. Flight Of Ideas embraces a musically bright-eyed, even cautiously optimistic approach, filled with shameless melodicism and a more song-based sound, while never losing sight of the sonic hurricane that remains at the band’s core.

With the help of a cache of collaborators including ex-Delgado Emma Pollock, Maximo Park’s Paul Smith, and fast-rising indie-dance revisionists The Orielles, the Digits have made their strongest statement yet. Whether you dream of Can playing with the Chemical Brothers in an exploding fireworks factory, or if you’d rather hear Gang Of Four jamming with Giorgio Moroder on Jupiter, Warm Digits will turn your desires into reality.

Always a band looking for inspiration outside the norm, Warm Digits have delved into the history of human interaction and its failings, and how ideas and theories can live on as received wisdom long beyond their sell-by date. Digging up dusty pockets of history and long-neglected research, they were surprised to find much that seemed suddenly relevant again, metaphors for modernity that felt almost accidentally important: a controversial 70s experiment in which a psychology professor claimed to have infiltrated psychiatric hospitals to show that the definitions of who is “sane” and who is “insane” are barely more than arbitrary; a study showing women are twice as likely to be injured in road accidents because cars were only designed with male crash test dummies; and psychoanalysts’ efforts to be a “blank screen” for their patients, rather than people with their own point of view. “Flight Of Ideas” itself is a psychological term for a state of overloaded and disordered thought, whose relevance to our current information landscape hardly needs to be pointed out.

Infused with the restive spirit of the Digits and their guests, these inspirations are taken as a call to arms rather than an academic panel discussion, and Flight of Ideas is sprinkled with bursts of fluorescent agit-funk, primary-coloured synth-bounce and fizzing sheets of guitar noise. “Fools Tomorrow” uses the language of scientific revolutions and a spiral-eyed swirl of electro shoegaze to show how being able to accept you’re wrong can change your life, while “Replication” takes the ever-circling influence of Steve Reich and cult synth-composers like Laurie Spiegel to create a luminescent sparkling throb that’s impossible to resist. The Delgado’s Emma Pollock lends her vocals to “The View From Nowhere” which concerns a two people working out their closeness and distance. It could be about any relationship, but the title is a reference to the way psychoanalysts historically kept themselves a “blank screen” with their patients, as if they could take a “view from nowhere” and be wholly objective in what they saw. Wigout psych-merchants The Lovely Eggs take advantage of the Digits’ relentless momentum to enthusiastically rail against pigeonholing and redundant systems of control with an unruly air-punching chorus, while Rozi Plain gently turns insecurity on its head over a pulsating Eurobeat-meets-MBV backing to make “Everyone Nervous” almost feel like a valedictory slogan. Celebrate Your Uncertainty!

In an increasingly off-kilter world where reality shifts daily, truth is merely what we decide it to be, and an avalanche of possible identities overwhelms us with possibility, it can feel like our lives are careering towards chaos down a one-way street. The question is: do we “Feel The Panic” or “Shake The Wheels Off”? With its glorious defiance and heart-bursting grooves, Flight Of Ideas calls to our past experience for answers, and dares us to listen.