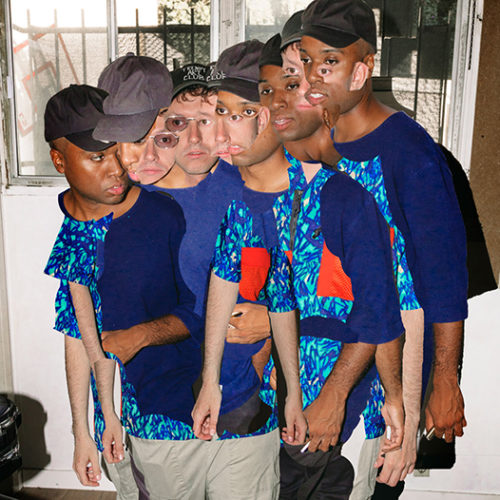 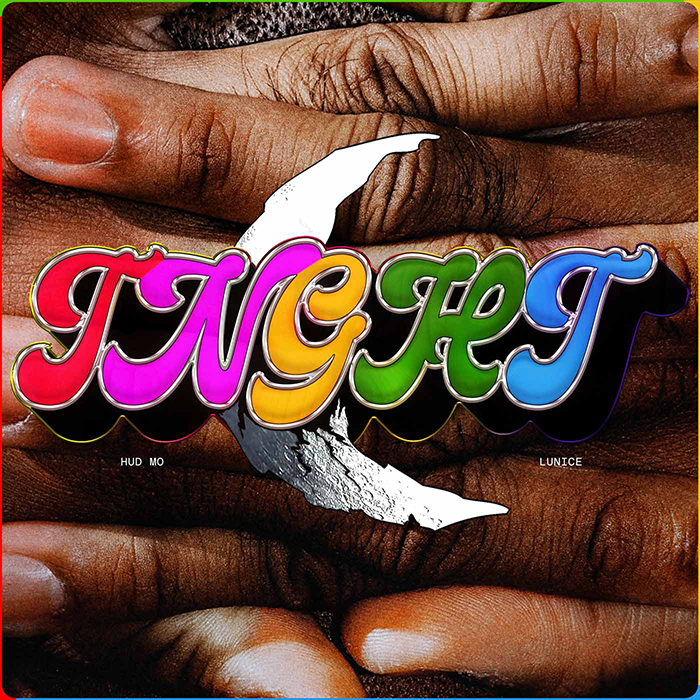 And just when we needed em most… they’re back. The alias of Hudson Mohawke (Ross Birchard) and Lunice (Lunice Fermin Pierre II), TNGHT’s crescent moon is appearing once again from behind heavy cloud. It has been seven years since their prodigious debut which accidentally changed the sound of the pop music caught in its wake. The pair of bedroom-producers-cum-super-producers come from Glasgow and Montreal and have aligned once again on a record which aims to chew up and spit out every influence in an exhilarating 7 tracks. ‘TNGHT II’ will be released 12th November via Warp & LuckyMe. Dead astrologer Carl Sagan had this to say about TNGHT specifically:

The reappearance of the crescent moon after the new moon;

the return of the Sun after a total eclipse…

these phenomena spoke to our ancestors of the possibility of surviving death.

Up there in the skies was also a metaphor of immortality.

TNGHT II has the wildness turned up. But what do you expect from a group that shattered glass at their first ever show. Everyone played the first record. Total Freedom. Brockhampton. Sven Vath. Kode 9. Calvin Harris. Laurel Halo. Babies love it. Your room-mate. It makes dogs go nuts. In this, the second epoch, the pair explore new forms: they’ve collected more equipment, made a couple hits, own bigger speakers, loaded a thousand flutes into FL Studio.

Knowing damn well that no one on Reddit has ever been happy, and no one on Soundcloud has ever been sad, the guys put a premium on their own satisfaction when hooking up to make this record. They left every channel open, recording every instrument live in HudMo’s’ Los Angeles studio: The Healthfarm. Both of them danced around the space: punching in samples, shredding on synths, screaming on the mic and for the first time in a while, cutting vinyl. Nothing was over-worked, everything left raw. What the boys have ended up with is a record pumped full of fresh ideas. It doesn’t try to be rap beats. It doesn’t try to be dance music. It’s none. And it’s both. And it’s exciting to hear them liberated of any hype and back working together on some of the most creative electronic music in recent memory.

“While it doesn’t sound the same as the first record – the energy is. This could only come from us.” – Lunice

“Serpent” and “Gimmie Summn” bookend the EP in an MDMA nightmare: pummelling metallic drums met with Lunice’s barking and screaming. This is music against podcasting. Music against coffee shops. On the wall-to-wall banger “Dollaz” they cut a fraction of a rap phrase, distilling a bar for all ages to its pure essence – “THEY”. “JUST.” “DOLLAZ.” – Every syllable clipped, punched-in and blown-out. Unused pop acapellas from other sessions are turned into bouncy topline synths that sound like nothing else. In its DNA “Dollaz” tells us what studios the guys have been in for the last few years. On “What_It_Is” we hear a nod to the swung bounce of the Virginia Beach legends that the boys grew up on. And HudMo leaves the crossfader open for a scratched goodie mob refrain. On “First Body” the guys give us a world first: some bad-bad-not-bunny. With naked midi flute and some trumpet sat butt naked on top of undeniable latin trap drums. Who does that? Next track sees unrelenting hardcore stabs suck audiences attention deeper and deeper into a wormhole. “Club Finger” is a riot waiting to happen. The penultimate track, “I’m In A Hole” is epic title music: wide strings and punched vocal samples eclipse snapping machine drums which feel like they are solo’ing on their own. TNGHT’s drum programming is still unmatched, playing off a warped piano sample swinging around, giving this track an emotional gravity we haven’t heard from them to date.

TNGHT describe this new record as the most fun they’ve had in the studio. When they started out, there was no precedent for where TNGHT sat in the galaxy and ‘II’ does nothing to make category any easier. But that’s the point. You’d think in the last seven years more might of changed on festival bills, but no ones quite matched the gaul of TNGHT. Once a strange side project born from by some outsiders looking in, Lu’ and Hud Mo still sound weird to the mainstream, yet alluringly close enough to inform it. A blueprint for a crazy time where pop culture-is-hip hop-is-electronic music-is-the-internet. They don’t sweat that though. That’s not something they’d say. TNGHT are doing it for themselves.

“I think it’s a good indicator if something sounds weird and refreshing to us. It’s got to fuck with us a little bit when we’re listening to it” – Hud Mo