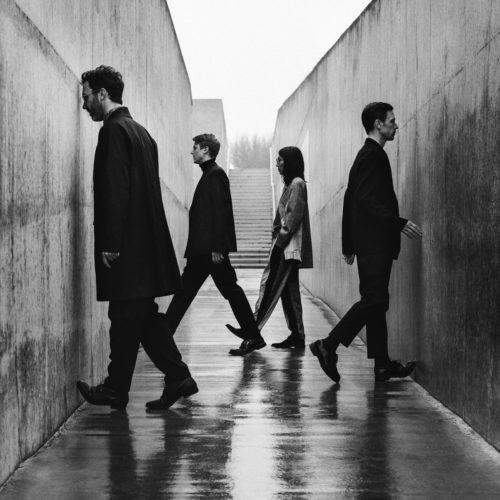 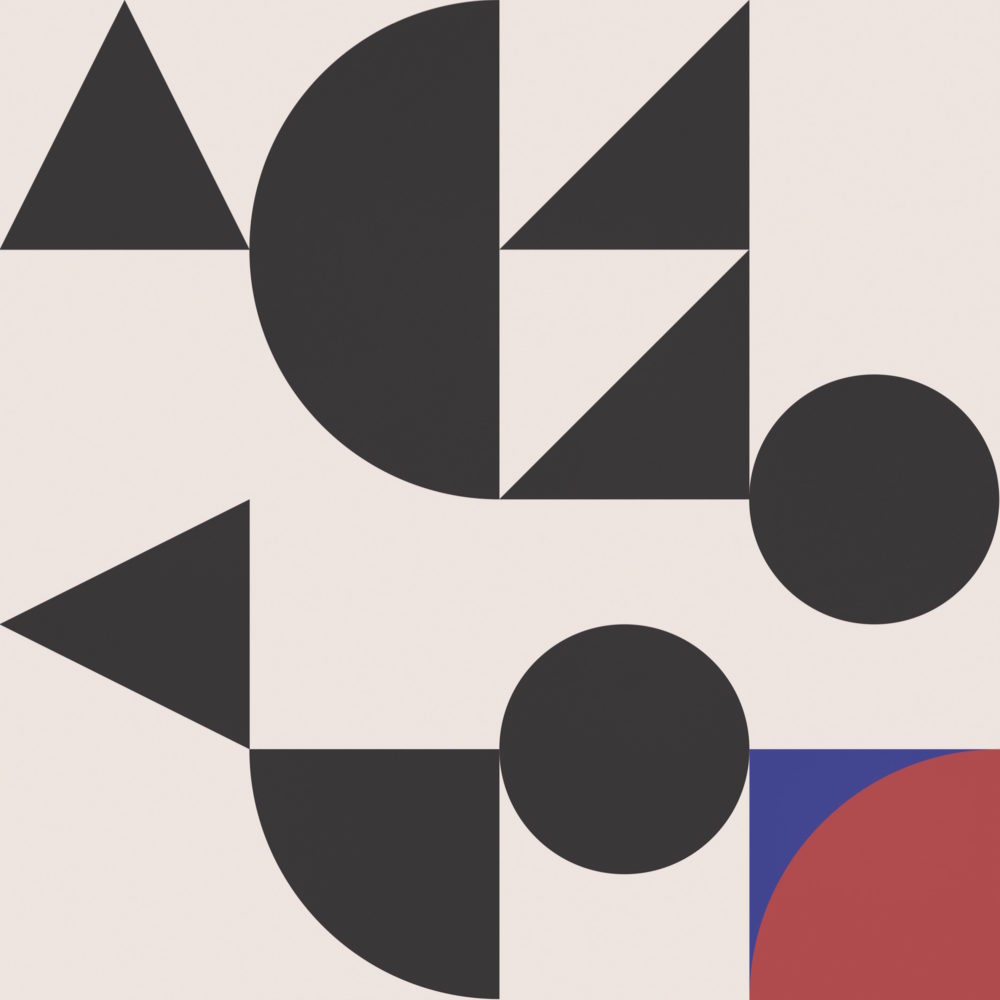 For Teleman these days, the door is wide open to anything we get excited by and want to try our hand at,” says Thomas Sanders. “And that’s a great feeling.”

One might call Sanders Teleman’s singer-guitarist, except on their fabulous third album, Family of Aliens, roles are less clearly defined. The result is a fluent, fluid album of glorious pop songs, sometimes effervescent, sometimes foreboding, sometimes melancholic, united by melody, always melody. “I’m on a gradual journey away from the guitar,” Sanders says. “It’s quite restrictive. I write mostly on piano now, and I get very excited by electronic sounds and textures. The new record has some tracks which are just drum machine rather than Hiro [Amamiya] playing acoustic drums. It’s good to have those different textures.”

Though Teleman have been a band since 2012, their history stretches back long before that. Sanders and his brother Jonny (keyboards) have known bassist Peter Cattermoul for more than 20 years (“We gravitated towards each other – there wasn’t a great surplus of creative people in our neighbourhood. We’ve been making music together ever since”). For eight years, the three of them were the core of the beloved indiepop band Pete and the Pirates, before changing changing tack and founding Teleman with Amamiya.

Sanders says the group has become “like a weird family. Making this last record I realised how much we rely on each other. We have our disagreements but if we always saw eye to eye, we’d probably never create anything interesting.” They take the view that there’s no right or wrong in music. They’ve experienced births and deaths, hard times and better times, but “music offers us an escape, and that’s exactly what we hope other people find in it.” Perhaps it’s that sense of music as an escape that means Teleman are always finding something new to say with their music: Family of Aliens builds on and moves on from its predecessors, Breakfast and Brilliant Sanity.

“We were very conscious with this record of not regurgitating something we’ve done before,” Sanders says. “I think that would get boring for us and for our fans. We want to keep evolving and keep discovering. This band is one long journey for us, and we never want to stop developing and finding new ways of creating music. I’m always wanting to better what we’ve done before. To go deeper, to find something more beautiful, more catchy, more challenging, more interesting … just more.”

To be “just more” meant looking at the way they make music this time around, and changing it where necessary. So Sanders, who had previously been precious about his songs – his own description – loosened his grip this time. “For some tracks, Pete took the demo’s I’d made and totally re-worked them, giving them a different feel. Then we took this into the studio and built up the song around it. It’s good to let it go, let someone else bend it and twist it and see if its a more interesting beast afterwards. It’s quite lonely writing on your own but I also really crave it; its completely engrossing and can become obsessive and it’s absolutely some kind of therapy. But it’s probably healthier to collaborate more, which we seem to be moving towards.”

So Submarine Life, for example, began as demo lasting less than minute before Cattermoul helped Sanders develop it: it was he who had the idea of changing the chord progression from minor to major, working with Sanders to extend the song into its multi layered electronic crescendo.

Other tracks changed shape with the involvement of producer Oli Bayston, who recorded the album at his Flesh and Bone studios in east London in November last year. Bayston helped the group rework Fun Destruction, for example, to make it more of a piece with the rest of the album; he suggested a rearrangement of Twisted Heart, so the verse became the middle eight and the outro the chorus: “That’s never happened to me before, that a song gets so drastically restructured by a producer. It’s good to be challenged and questioned. It keeps the
process alive and interesting”.

But the real meaning of music, Sanders says, is not to be found in arrangements, or production techniques: it’s about finding something within oneself. “The last few years have been a bit of a struggle for me: becoming a father and trying to fit being a parent into the chaotic routine of a touring band. Those two worlds are very far apart! After 10 years of doing this for a living it was hard to abandon that lifestyle and those habits. You get stuck in that old cycle of excessive and self destructive behaviour that remains such a cliche of the music industry. Most of that drinking and partying is just a means of escape for when things get too much, but all you’re doing is feeding the monster. But it’s better now; you can get a lot more done when you’re not wasted all the time. As individuals and as a band we are more focused than ever on the real kernel of this job: the music. Music allows us – and anyone listening to it – to find another place, another existence.”

“It should be a place to lose yourself whether its at a show or listening on headphones on your way to work. If you feel it deeply enough, music really is a drug; you can be completely immersed and nothing else exists. At shows people really lose themselves too, and that’s a great feeling. Hopefully It’s a time for us and the audience to step out of normal thoughts and concerns, to leave planet earth for an hour. I want more than anything for people to be moved by the music we make, whether it’s something that happens quietly inside, or whether its dancing like a maniac“.

Fun Destruction exemplifies that: for all that it sounds regimented, ploughing on inexorably in motorik fashion, it’s a song so relentless that one feels caught up in it. And it reflects Sanders’ state of mind: the music sounds as if it is travelling along an unending set of rails; the lyrics are about coming off those rails. “I wrote the words after waking up and looking at my boots and wondering where I’d been and what I’d done the night before. I didn’t recognise the person I became, or even remember what he’d done. That’s a really uncomfortable feeling; you tell yourself ‘no more’ but then it happens again, because you want that release of pressure”.

Sanders’ favourite song on the record, Sea of Wine, is musically very different: a lambent, beautiful piano ballad. Lyrically, though, it looks at a different effect of alcohol. Not the one that makes you forget the real world, but the one in which suddenly you radically mistake altered states for the truth: “It’s a song about spending too much time thinking, over-thinking, dreaming and losing touch with
reality. It’s about our English way of using alcohol to deal with problems, lose inhibitions, meet lovers. Then kid ourselves that we were born to be together.”

Sea of Wine and Always Dreaming – another slow, gorgeous ballad – show Sanders stretching himself, eschewing the metaphors of his previous writing. “They are very honest and simple. I tend to write in an indirect and allegorical way, I don’t like spelling things out. But lyrically these two songs are unusually direct: I’m moving out of my comfort zone!”

There’s one tiny miracle in the recording of an album that sounds so wholly glorious. Which is that they did so in a studio that – and it was their own fault – wasn’t fully functional. “The thing about Oli’s studio is that it’s really great for having parties in,” Sanders says. “Its nice and cosy, with neon lights, fun instruments laid out around the place, and a massive sound system. So we had some late nights. One of these nights spiralled out of control and there were about 30 people in the control room and at some point a can of beer spilled over the mixing desk. So we had to record the rest of the album with only half the number of channels working, which we somehow managed.”

It could be a metaphor for the whole of Family of Aliens. How to make tricky circumstances work in your favour. How to turn the effects of vices into beauty. How to change your way of working, and make something even better than what has come before.