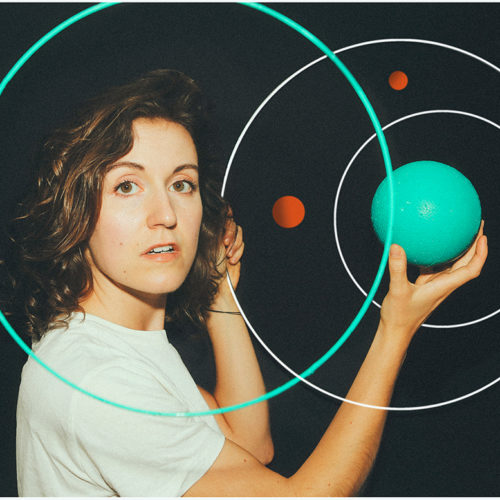 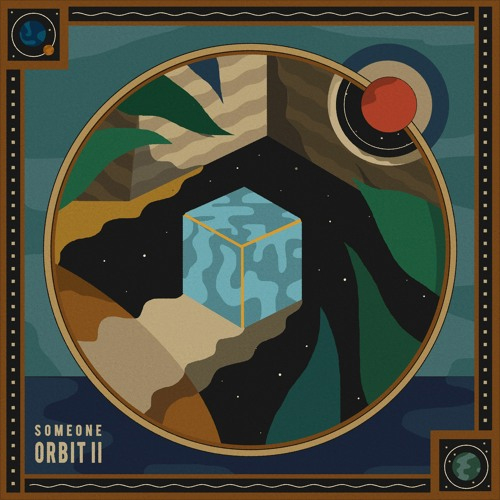 In these increasingly uncertain times, Someone (a.k.a Tessa Rose Jackson) has chosen to lovingly mould her own alternative reality. Infused with positivity and soaring imagination, this flip-side feels simultaneously recognisable yet lighter to the touch. The effect is more therapeutic than escapist. Someone doesn’t shy away from laying bare her own anxieties “every move you make feels out of line / and these days you get frightened by the weather” yet she supports her candid lyrics with a musical pallet that brings a sense of optimism to the table.

Someone draws inspiration from 1970’s science fiction films and the colourful, surreal and often philosophical content this genre evokes. She translates this inspiration into sound from her home studio in Amsterdam using morphing analogue synthesizers, psychedelic bass-lines, electric guitars that swing from rippling smoothness to jagged distortion in the space of a moment and her velvety vocals that shimmer high above the mix, juxtaposing the driving force of the beat with a lush sense of reassurance.

Contrast is a recurring motif for Someone, as lyrically she doesn’t stay in one place either. At times her choice of words is crystal-clear as a diary entry “Don’t tire yourself out / toss, turning in your head / don’t wallow / Forget. / Forgive.”; at times they are rich with metaphor “Leave the light on / next time that you dive into the deep”. Her imagery frequently ties in with her original source of creative inspiration: space.

“Space has such a sense of duality to it. We see the same blanket of stars above us every night, but almost none of us have actually been there. To me, this is a portal straight to the imagination. To be able to see such a tiny fraction of something so vaste. It just instantly sends the mind into a whir of fantasy images, the possibilities are simply endless.”

This bountiful well of creativity fuels more than just her music. Someone is also a visual artist, and for ORBIT II she has fused her art-forms together through the use of technology.

She created five artworks – mirroring her music in splashes of bright colour, abstract windows opening up to surreal landscapes and constellations of undiscovered planets – each one linked to a song off the album. These artworks come to life in Augmented Reality when viewed through a smart-device with her custom app installed. Viewers can interact with them, rearranging and multiplying the abstract elements into new shapes on their screen while the matching song begins to play. A deeper connection is also made with the song as the lyrics appear in mid-air around the frame of the artwork.

“I was looking for a way to make the discovery of new music an active experience again, instead of the passive daily routine of Spotify skipping. Something engaging, that triggers a playful curiosity in people and invites them to really take the time to explore.”

In word, in sound and in vision, “ORBIT II” is a study of how it feels for Someone to be alive at this moment in time. Travelling from the playful self-deprecation of “You Live In My Phone”, past the Huxley-inspired dystopian landscape of “Braver Times” and ending on a meditative breath of reflection in “Forget Forgive”, Someone stands in the doorway of her soothing, twinkling universe and warmly welcomes us in.

“The album isn’t meant as a personal diary log for me to vent my feelings and that’s that. I’d like it to be more of a bolstering experience, a conversation starter for people that recognise themselves in these songs. It’s very much an album that is about now. Right now.”