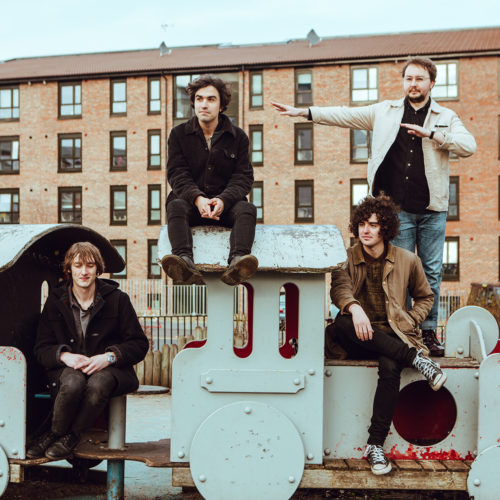 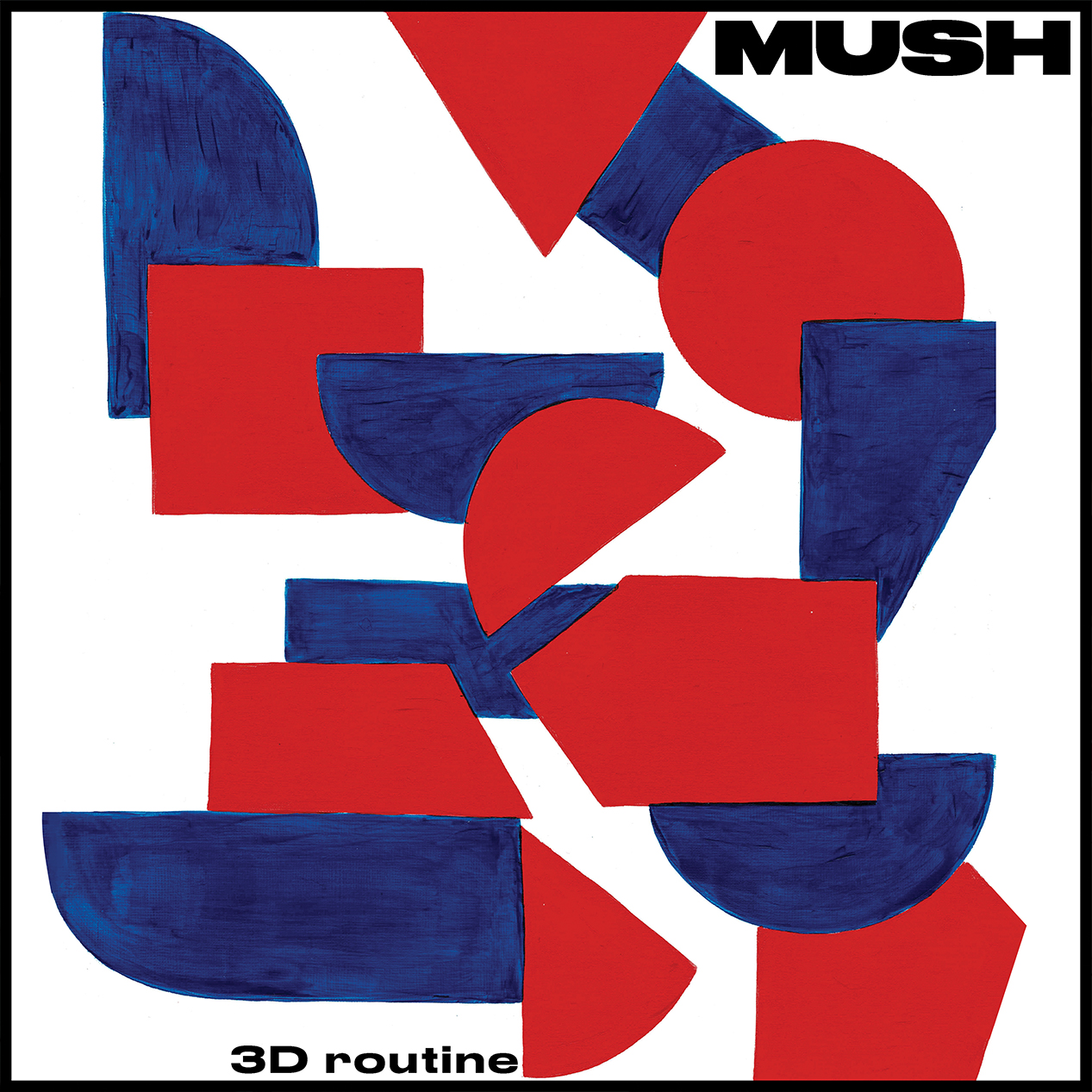 ‘The induction party comes to an end with transfixed crowds splintering through desire paths re-emerging to the cold familiar pavement. Fresh from re-orientation, discarded all routines, a third-dimension flow state, go forth and send the ladder down, peel back the tunnel, dimensionally challenged 2D suckers. This is the next step! ‘3D Routine’’

‘3D Routine’ has arrived. Following on from their ‘Induction Party E.P’, Mush are circulating their own sonic mythology, blurring the lines between abstract surrealism, existentialism and social commentary. Like its predecessor ‘3D Routine’ is a sensory overload of clattering, hooky, guitar work. However, this time space emerges between the onslaughts and in this respite, room is found for new emotional depth. More expansive than ever before, ‘3D Routine’ manages to maintain the rawness of a classic debut but it’s experimentation and variety portray a band unlikely to rest on their ‘guitar band’ chops.

Songwriter Dan Hyndman explains the genesis of the band as being “fairly boiler plate” a combination of friends old and new converging in Leeds post-uni to form a band predominantly united in their mutual affection for the Pavement back catalogue. Finally settling on a lineup of Nick Grant (bass), Tyson (guitar) and Phil Porter (drums) the band’s progression has taken them far beyond this original vision.

Having garnered local attention in the early days for their unhinged and often calamitous live shows in Leeds, it was the unlikely radio hit ‘Alternative Facts’, (clocking in at an uncompromising ten minutes) that brought the Mush to the attention of a wider audience. The song, one of the last releases for the legendary Too Pure Singles Club saw early support from Marc Riley and others on BBC 6music with them playing multiple sessions, and the follow up single, ‘Gig Economy’ hopping onto the 6music playlist. Roaming further afield from their hometown, Mush spent the first half of 2019 heading out around the UK, earning a reputation for their intense live performances, supporting the likes of Girl Band, The Lovely Eggs, Yak, Shame and Stereolab, as well as releasing the ‘Induction Party’ EP to great acclaim. At the tail end of summer of 2019 Mush headed to Leeds’ Green Mount Studio and with Andy Savours (Dream Wife, Our Girl, My Bloody Valentine) manning the mixing desk, their debut LP, ‘3D Routine’ was born.

If the EP was intended as admittance to the cult, ‘3D Routine’ is a fully-fledged manifesto for the age of misinformation. The twin disciplines of surrealism and realism collide in the data stream, creating the absurdity of modern times. It’s more than the lyrical content that’s mercurial with Mush. Tracks such as ‘Revising My Fee’s incisive yet worldly lyrics comment on the work/life balance, income to rent ratios and the increasingly worrying financial landscape for the younger generation, all set against a backdrop of a decade of austerity: “meal-deal critique, aspirational creed”. It’s a vital and instructive opener for the record, setting the tone for what comes next.

First single, ‘Eat the Etiquette,’ described by Hyndman as a “a bit of a stream of consciousness type rant”, takes aim at the use of ‘common sense’ as societal weapon; the “sick laughing track of malicious intent” making a mockery of progressive ideas, while “manufactured sense” helps maintain the underlying and iniquitous structures of wealth and power.

Elsewhere, ‘Island Mentality’ delves into the current divisions in the country, exploring the largely negative ways in which British exceptionalism impacts on the psychology of the nation; It’s a 3 minute blast through the hangover of empire, the cult of optimism in the face of expert testimony and yeah… Brexit.

Despite the serious subject matter, the band still retain their sarcastic, tongue-in-cheek sense of humour with the aptly named ‘Coronation Chicken’, which takes stock of the Tory leadership ‘contest’ and ‘born-to-rule’ Etonians whilst also linking back in to some of the recurring themes in ‘3D Routine’ around misinformation and the orthodoxy of ‘common sense politics’.

The way in which the album brazenly moves from polished 3- minute punk tracks, to avant-garde spoken word, to sardonic-political funk, whilst sounding like the same band is testament to an uncompromisingly unrefined ethic and compounds the jarring nature of Mush. Together, the songs form a unified, abrasive, emotive, frenetic and entirely beguiling concoction of sound and opinion, a fast-moving snapshot of current times, relatable, politically minded and incredibly personal. Music for those who want their guitars loud and weird, and their political commentary a little less ‘on the nose’.