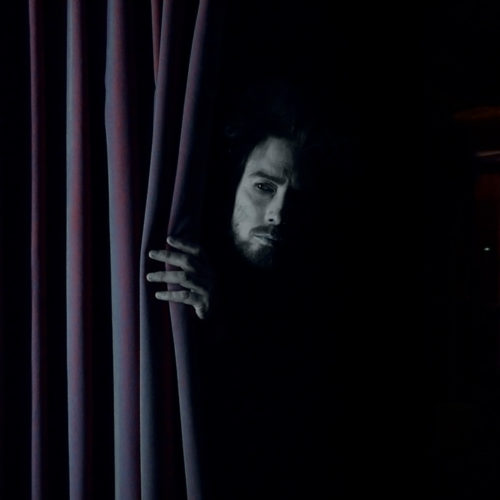 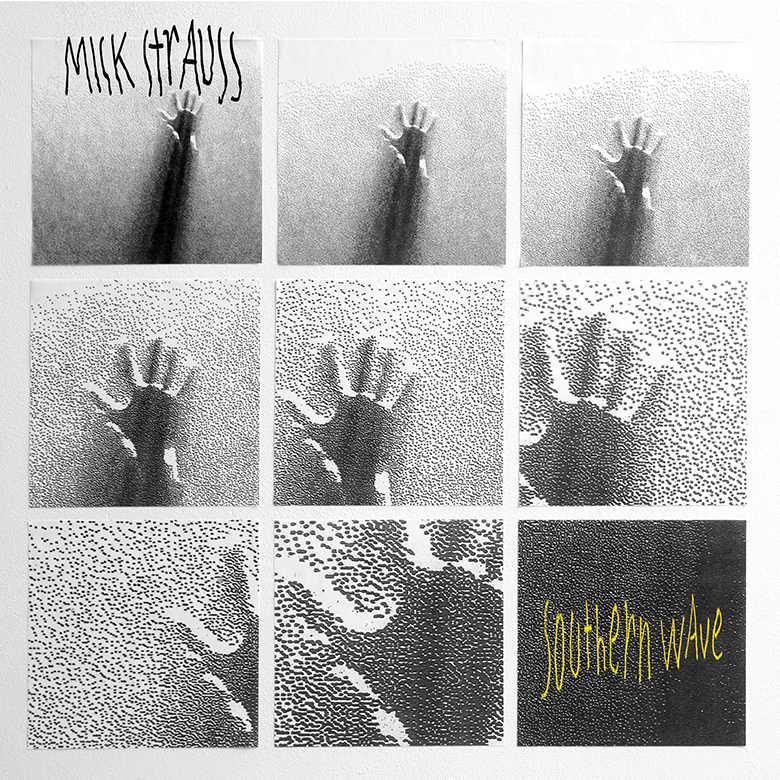 There’s many a tale to be found out on the open road, something Mick Strauss knows only too well. An itinerant soul, over his 30-odd years Strauss has always wandered far and wide, his curiosity piqued by people and their cultures. And it was one such trip, undertaken in 2019, that shaped the sound and stories of his debut album Southern Wave – six months journeying through the heart of the United States, his adopted homeland, from Duluth down through Missouri to the Louisiana coast.

“It’s a chronicle of the middle of the middle,” says Strauss of the record and the months on the road that inspired it. “It was hard, and sad – the people there were hardened by the times and it was before COVID struck ! But I felt at home with them.” Snippets of real conversations are sprinkled throughout, as are field recordings that capture the American heartland: waves crashing in a cave on Lake Superior; train announcements at Chicago’s Union Station, roadside thoughts from anonymous geniuses.

And so Southern Wave wears its midwestern heart on its sleeve, informed by wide-open vistas, the plains and the sun and the age-old tale of the wandering loner, on a journey that’s as metaphorical as it is literal. Yet there’s a stiff, hard edge to the music too, a crispness that’s redolent of the hard-bitten Soviet east, or a Chinese Desert. Strauss’ musical concept was clear – transplant elements of No Wave’s atonality, abrasiveness, and thick musical textures to the warm, dusty south. Hence the title.

“I wanted a balance between cold and sensual, and Southern and sweaty,” says Strauss. The tension between these two poles fuels Southern Wave’s twelve tracks, pulling the songs into interesting shapes. Gated drums propel guitars drenched in reverb and tremolo; crusty, buzzsaw riffs give way to dark, ominous modular synths and swooping strings. Recording to ½ inch tape gives the music a rich depth and authentic feel, adding to these songs’ heft. And draped over all this is Strauss’ laconic, sing-speak drawl; a little Jonathon Richman, some Neil Young, a lot Lou Reed.

On stage Strauss and his songs hit you with a chill. With a mop of unruly black hair and a billowing, patchwork shirt, Strauss scans like the Pied Piper of the itinerant, a madcap sage delivering tales from beyond the horizon. Yet fixing his audience with a steely stare, there’s real conviction in his voice. Intensity too, shining through in lines like: “Every heart sings to the dance”; double so when his vocals are intertwined with keyboardist Jennifer E. Hutt. His band – made up of musicians who’ve played with the likes of Will Oldham, Beck, Air, and produced for Tony Allen and Foals – power everything ably on, the perfect frame for Strauss to work his magic.

Blending all this adroitly on one album – and sometimes within one song – is no mean feat, Strauss’ compositional skill neatly complementing his musical quirks. (“My guitar only has four strings,” he notes. “Six was too many.”) Southern Wave is at its best when he pushes far out in one particular direction, conjuring rich images and distinctive moods. ‘The Way We Love’ and ‘Close Your Eyes’ are epic, cinematic gems, Ennio Morricone-meets-David Lynch, mixed with sandy, windswept desert blues, while ‘At Night When It Hurts’ scans like a bad trip through sun-bleached Badlands.

That sense of unease also runs through ‘Jin Yan Z Blues’, the real story of an activist, a woozy, sickly slow burner that hints at No Wave’s roots. Ditto ‘Sin Under Our Sin’, all anxious strings and a delightfully menacing riff. But it’s ‘Frozen Hands’ where all these elements are swirled together over five bold, masterful minutes; a dry, tight beat, atonal breakdowns, a sense of impending doom, and Strauss’ heavily reverbed guitar duelling with his vocals.

That groove is perfect for top-down motoring, a mad dash south towards the ocean with fire in the heart and love on the mind. Out there, in small town America, between motels and malls and abandoned dreams, Strauss found a focus for a lifetime of musical ideas and a muse that had constantly eluded him. And Southern Wave is merely his opening chapter; he’s still roaming, nothing behind him and everything ahead. Kerouac once wrote: “The road is life”; Mick Strauss knows just how true that really is.