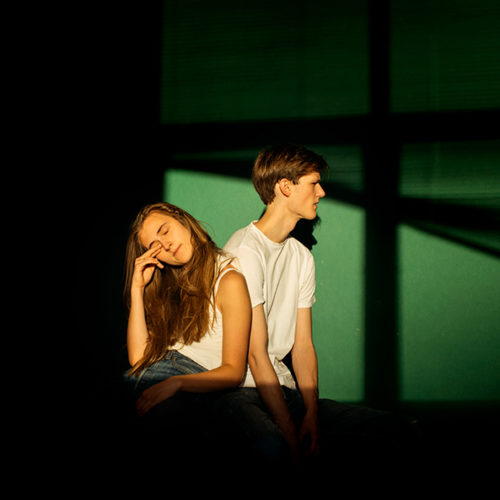 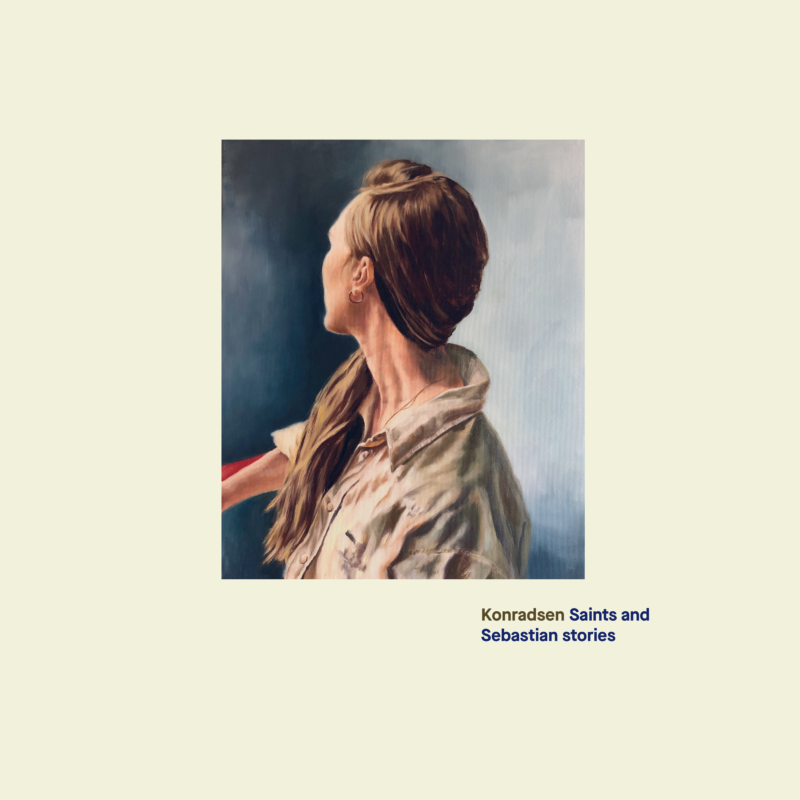 Konradsen, the duo of vocalist and pianist Jenny Marie Sabel and multi-instrumentalist Eirik Vildgren, trace their roots to the far north of Norway, where the black night of winter is backlit by the neon glow of the Northern Lights. It’s a fitting metaphor for the music the pair crafts – tradition meets innovation, and the natural world expressing its astral filament.

Inspired by the traditional songs and hymns Sabel sang with her family as a child, and the modern pop music she and Vildgren collectively admire—the work of Bon Iver, Sufjan Stevens, Frank Ocean and composer Christophe Chassol, among others—debut album Saints and Sebastian Stories weaves Sabel’s soulful and transportive vocals with field recordings and samples of ambient sounds. These voices of past and present dance over minimalist piano, atmospheric electronics, programmed beats and organic horns, forming a delicate sonic narrative centered on family and community that reflects the arc of their musical journey.

Sabel grew up in an intentional community in a small village in the north of Norway, surrounded by tight-knit families and cradled by the sound of her family’s piano. Vildgren had a similar rural upbringing also in the northern part of their country. As a teenager he began spending time at the Kråkeslottet community center on the island of Senja, where he connected with other local artists and musicians, and today helps organize its annual music festival.

The pair met in high school, and later moved to Oslo to attend university. When they began writing their first album, it felt natural to include the many people that have nurtured and inspired them along the way. Most often revealed as textures in the broader composition, little flickers of voices from old home movies, or snippets of conversations with friends, are woven throughout Konradsen’s songs, providing a continuous sense of mystery and familiarity. “It makes me feel safe somehow,” Sabel says of these voices. “It makes the music personal, and reveals little insights about who we are.” “It’s sort of like a glimpse of something bigger…like a sneak peak or a still photo,” Vildgren adds.

These moments are most obvious on “Cosmic Kid Vibration” and “Big Bruce,” which utilize larger snippets of voices. The latter is a recording taken from an old VHS tape belonging to Sabel’s father. It depicts a family friend impersonating a televangelist, and bleeds into album highlight “Television Land,” a gospel-flecked mediation that places Sabel’s voice front and center. “And the high will find us through them/Will find us through them,” she sings over a chorus of voices, reflecting on these past and future bonds. Opener “Never Say A” displays a touch of humor via child-like synths that accent Sabel’s opening words, while “Baby Hallelujah” is a simple, honest and stirring meditation on life and the great beyond, layered with samples of the voices of close friends.

Recorded with lauded Norwegian producer Kåre Vestrheim at Propeller Recordings, and at Vildgren’s home studio in Oslo, Saints and Sebastian Stories is a tender and homespun thread between past and present elevating our underlying interconnectedness through a journey in friendship and quiet reflection. Outside of the sampled voices, a host of friends also played instruments on the record, or contributed artwork, bringing the message full circle. “We really consider this community music, something that is very close to heart,” Sabel says. “And we wanted to communicate that not only through the lyrics, but also through the sounds and the people in the band.”