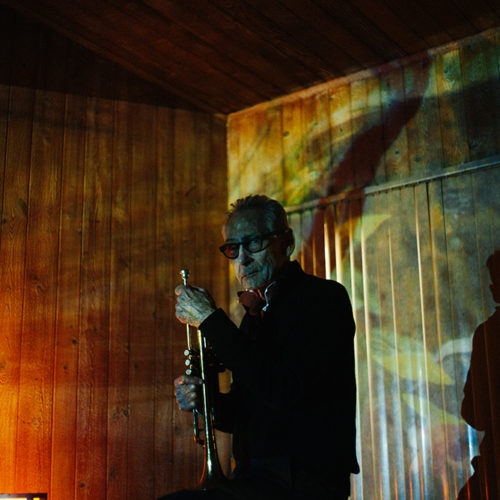 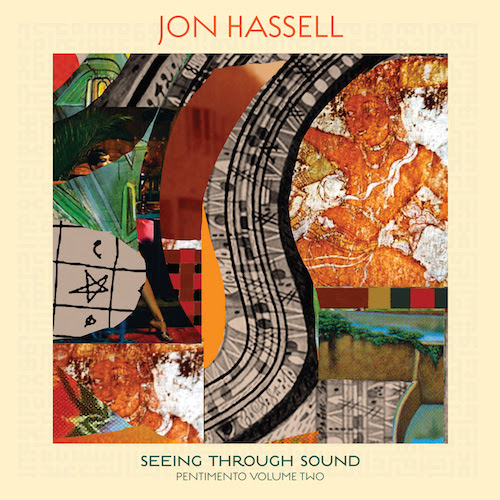 A companion piece to 2018’s Listening To Pictures, this second volume in the pentimento series presents eight new tracks by the music visionary, continuing his lifelong exploration of the possibilities of recombination and musical gene-splicing. Pentimento is defined as the “reappearance in a painting of earlier images, forms, or strokes that have been changed and painted over” and this is evident in the innovative production style that ‘paints with sound’ using overlapping nuances to create an undefinable and intoxicating new palette.

In classic Hassell fashion, the title can be interpreted in a myriad of ways, but perhaps the most pertinent at the moment is the human instinct to sing and play through a rain of difficulties. A future blues of indeterminate and ever-shifting shape. The album is buffered by two 8-minute plus epics at the beginning and the end – the hypnotic “Fearless” with it’s metronomic, almost Can-like rhythm, and blurry, noir-ish texture of sound emerging like car headlights from the fog; mirrored at the end of the record by the beautiful sci-fi lullaby of “Timeless”, a track with a gaseous, billowing quality as electronic clicks and bubbles float over a landscape of shimmering, glacially paced complexity. The bridge between those two worlds is no less compelling, from the frantic, spidery IDM sketch of “Reykjavik” to the collapsed-time ballad of “Unknown Wish”. Whilst containing seeds of classic ‘fourth world’ fusion, this record finds the artist still questing to create new forms and mutations of music, a thrilling window into what music could sound like in a world to come.

A trumpet player, composer and musical conceptualist, Jon Hassell’s career bisects a multitude of strands in the history of the avant-garde and the development of genuinely new forms of music. Having studied under Karl-Heinz Stockhausen in Cologne (alongside future members of the band Can), he played on the original recording of Terry Riley’s In C (1968), was part of La Monte Young’s Theatre Of Eternal Music and studied Kiranic singing with Pandit Pran Nath, all of which informed his own instrumental technique and treatment of the trumpet with various electronic effects. A growing interest in the indigenous music of other cultures led to the invention of his ‘Fourth World’ blend of different styles, first heard on albums such as Vernal Equinox and Earthquake Island in the late-1970s. These caught the ear of Brian Eno, who collaborated with Hassell on the Possible Musics album, and used many of the Fourth World ideas on his My Life In The Bush Of Ghosts album with David Byrne. He has played on albums by artists including Talking Heads (the seminal Remain In Light), Peter Gabriel, David Sylvian and Björk, composed film soundtracks and contributed to theatre works. In the past few years he has been acknowledged as a key influence on a new wave of artists including Oneohtrix Point Never, Huerco S and Visible Cloaks. In 2017 his music was celebrated with a compilation album on Optimo Music, Miracle Steps: Music From The Fourth World 1983 – 2017. In 2018 he released his first album in 9 years, the widely acclaimed Listening To Pictures (Pentimento Volume One). Earlier this year, his classic debut album, 1977’s Vernal Equinox, was remastered from the original tapes and re-released, with an inner sleeve essay from Brian Eno about the impact the album has had on him.