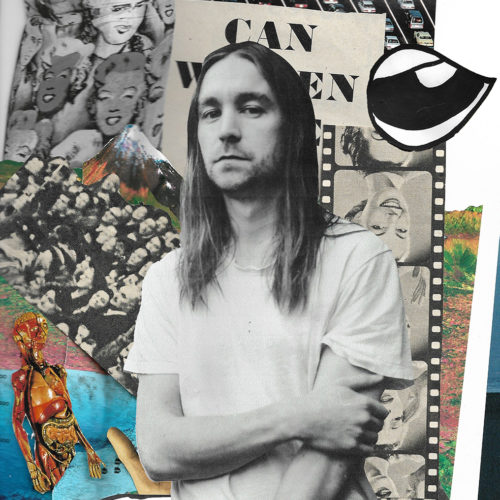 A Dream Is U 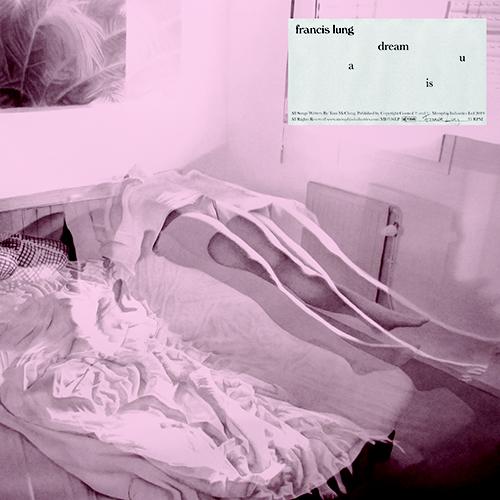 When Francis Lung describes his new album as sounding “like a short Mancunian boy single-handedly trying to incite Beatlemania” he’s really not too far wide of the mark. Released later this Summer, Lung’s much-anticipated debut album ‘A Dream Is U’ is both bold and enthusiastic, a kaleidoscopic journey informed by the greats but also one that is wonderfully enigmatic, the sound of a multi-instrumentalist tying together all manner of influences into one beautifully cohesive album.

Following on from the home-recorded Volumes 1 + 2 EPs, which contained titbits written during his time in Wu Lyf, ‘A Dream Is U’ is the first fully-realised Francis Lung record, a studio undertaking brought to life with producer Brendan Williams (Dutch Uncles, GoGo Penguin), a colourful patchwork of vision and ingenuity. “Before we started recording I knew exactly what the arrangements were in my head” Francis says, reflecting on the time spent devising his new work. “It was kind of my mission to capture everything as it was in my imagination”.

A beautiful amalgamation of instruments, ‘A Dream Is U’ might fit neatly into the classic pop drawer but it comes with all manner of decoration, from violin and viola, to cello and saxophone. Writing for strings for the first time, Francis was inspired by the likes of Michael Brown (The Left Banke) and Robert Kirby (Nick Drake) and the parts are played by two members of the Hallé Orchestra, while the saxophone was played by Manchester’s jazz saxophonist Sam Healy. “He mostly played stuff I’d written for him,” Francis says, “but the solo at the end of The Lie is all him, with me in the studio trying to direct him by jumping around and waving my arms!”

Initially conceived to outline the different stages of a relationship, from heady early excitement to bitter fall-out, the finished product is intact an assortment of sentiments, scattered like puzzle pieces from an overturned box. “The problem with that theme is that it was too cut & dry and unrealistic,” Francis says now. “You can have all of those feelings in one day in no particular order. It’s more human to me that emotions can come at any time, without any real resolution. I wanted the album to reflect that sentiment.”

The new album is opened and led by ‘I Wanna Live In My Dreams’, a dazzling burst of Ronettes-inspired pop music, a love letter to sleeping, but also a song that buries allusions of real-world melancholy under its jubilant exterior, calling to mind the likes of Stephen Merrit, or later-day Elliott Smith, and their ability to shape moments of sadness into something strikingly pretty. “Songwriting is a bit like writing jokes, you have a setup and a knockdown,” Francis says. “But I really, really want to make music that makes people feel better, not worse. So I’m trying to push that line.”

If that introduction was somewhat understated, the rest of the album isn’t afraid to delve into more mosaic territory, pulling in influences as far-ranging as Big Star and The Beach Boys; Guided By Voices, Olivia Tremor Control, Apples In Stereo. It’s not just a collection of straightforward love songs either. Companionship might be the central weight here but it’s presented in myriad forms. ‘Comedown’ for instance, tells a complex narrative of two people’s drug dependency, and the validation they find in each other’s abuse, alongside gentle piano lines and stirring strings, while ‘Up & Down’ is breezier affair on the surface but actually tells a bipolar love story, chronicling the relationship between two lovers with manic mood swings, the track itself swinging between tender verses and a dramatic chorus.

Touching upon the universal themes of addiction, faith, and love in all of its confusion, ‘A Dream Is U’ is a collection of characters and stories that plays out something like a Harvey Pekar comic strip; an obsessive chronicle of daily lives twisted into new shapes by the unique mind and manners of their narrator. With flashes of striking colour and an ever-present wry smile, Francis Lung has created a debut album that drifts between simple acceptance and exuberant yearning for more. “My favourite part is when it talks about escaping to another universe,” Francis says of one song in particular, Unnecessary Love. “Although it’s a doomed and impossible dream, it’s amusing to me that if we survive long enough it could be a real possibility.”

Perhaps the key to the record, in fact, can be found in its closing track. Written on a toy piano found in a charity shop, ‘The Lie’ is a boldly stirring pop song, projecting Francis’ own statement of intent, to find a way through the fogginess of self-struggle, to accept ourselves as we are. “I don’t like shouting all my lyrics,” he says, “but it feels like ‘If you could accept yourself you’d be happy’ is a good one to shout. I don’t want to oversimplify the solution to anybody’s struggles but I know that learning to accept myself would help me no end.”

At times boisterous and radiant, elsewhere contemplative and brooding, ‘A Dream Is U’ feels like being awake in dreams, like stepping outside of the daily rotation; like shadows leaving their dancing bodies to waltz away to their own tune.