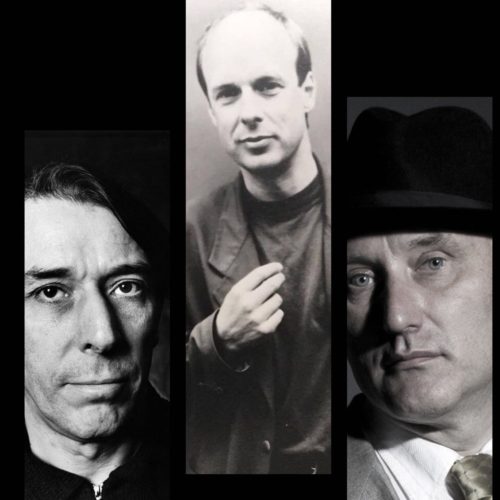 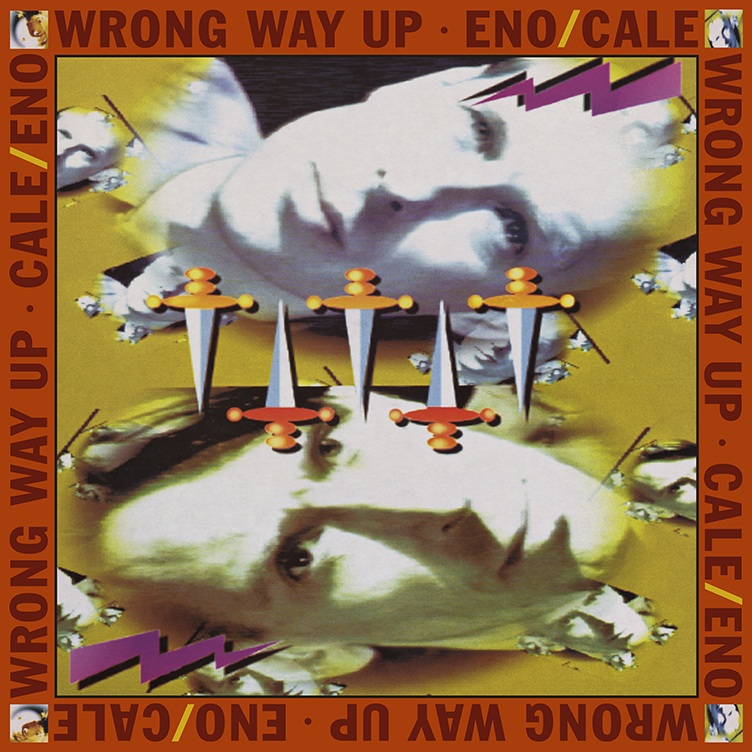 Wrong Way Up marked the historic coming together of two icons of leftfield music. Having both started their careers as creative forces in seminal bands (Eno’s unique synthesizer treatments in Roxy Music and Cale’s viola and bass contributions to the Velvet Underground), they’ve appeared as guest musicians on each other’s records as far back as 1974, the year in which they also made a historic live album with Nico and Kevin Ayers at the Rainbow Theatre in London. They remained friends, and the year prior to Wrong Way Up, Eno produced Cale’s Words For The Dying album. This paved the way for the pair to write and record an album together, notably the first time Eno had delivered a collection of song-based recordings since Before And After Science in 1977. The resulting album is a triumph for both artists, containing the singles “Spinning Away” and “Been There Done That”. “Brian Eno and John Cale’s 1990 collaboration is an album of contention, contrasts, cycles, and pop songs so layered and euphoric it ranks among the best albums either artist has ever made.” – Pitchfork

Spinner was another coming together with a musician who had carved out a hefty reputation as a solo musician after starting out playing in an iconic band, in this case former Public Image Limited bass player Jah Wobble. Starting life as the soundtrack to Derek Jarman’s Glitterbug, Eno passed stereo mixes of the film cues to Wobble who embellished and built upon them to construct the Spinner tracks, drafting in Jaki Liebezeit of Can to play drums on some tracks. The resulting fusion combines icy ambience with a kind of psychogeographical funk.

Brian Eno – musician, producer, visual artist, activist. First came to international prominence in the early ’70s as a founding member of British band, Roxy Music. His visionary production includes albums with Talking Heads, Devo, U2, Laurie Anderson and Coldplay, whilst his long list of collaborations include recordings with David Bowie, David Byrne, Grace Jones, Karl Hyde, James Blake among many. His visual experiments with light and video continue to parallel his musical career with exhibitions all over the globe. To date he has released over 30 albums of his own music, exhibited extensively as far afield as the Venice Biennale and the sails of the Sydney Opera House and is a founder-member of the Long Now Foundation, a trustee of Client Earth, and Patron of Videre Est Credere. His latest album with brother Roger, “Mixing Colours” released on Deutsche Grammophon earlier this year.

John Cale, is a Welsh musician, composer, singer, songwriter and record producer who was a founding member of the American rock band the Velvet Underground. Over his five-decade career, Cale has worked in various styles across rock, drone, classical, avant-garde and electronic music.

He studied music at Goldsmiths College, London, before relocating in 1963 to New York City’s downtown music scene, where he performed as part of the Theatre of Eternal Music and formed the Velvet Underground. Since leaving the band in 1968, Cale has released 16 solo studio albums, and a number of collaborative efforts. In addition to Wrong Way Up with Brian Eno, Cale has also made albums with Terry Riley, Lou Reed, and in recent years has made music with a younger generation of musicians, including Danger Mouse, Kelly Lee Owens and Cate Le Bon. Cale has also acquired a reputation as an adventurous producer, working on the debut albums of several innovative artists, including The Stooges, The Modern Lovers, Patti Smith and the Happy Mondays.

John Wardle originally met John Lydon, John Grey and Sid Vicious at Kingsway College, London, in 1973. It was Vicious who originally nicknamed John “Jah Wobble” after a drunken binge, and would also loan him his first bass guitar. During the heyday of punk rock in the mid to late 70s, Wardle earned himself the reputation of being something of a wildman. His original introduction to the bass stemmed from his long-term obsession with dub reggae music. Combined with the D.I.Y. punk ethos, Wardle embraced punk and reggae, and in the process, created an original rock/reggae hybrid of his own. After discovering his fascination with the bass guitar, Lydon asked Wardle to join Public Image Limited (aka PiL) during the spring of 1978. Wardle’s distinctive ‘low end’ bass immediately put PiL on the map and became the backbone of the band. ” The band’s debut album Public Image Limited included the band’s eponymous first Top 10 hit single. After two magnificent albums, including the mighty Metal Box, Wardle became increasingly disillusioned by the music scene and the politics of the band and their reluctance to play live, and eventually split from the band in mid 1980.

After PiL, and before the genre became in vogue, Wardle became a well respected session and solo artist, with a genuine passion for Eastern and Global music. In 1986, after a long battle with alcohol, Wardle unexpectedly walked away from the music scene to work for London Transport, but was eventually returned with a revitalized line-up of his ‘Invaders of the Heart’ band. By the 1990s, Wardle finally achieved public notoriety, including chart success and a Mercury Music Prize nomination for his critically acclaimed ‘Rising Above Bedlam’ album. However, after releasing the top 40 album, ‘Take Me To God’, and ‘Heaven and Earth , both for Island Records, Wardle fled record company constraints and returned to a more experimental and non-commercial sounding records. In 1997 he started up his own independent record label, ’30 Hertz Records’, and released a series of critically acclaimed records.

Having overcome his alcohol problem in the mid-eighties, Wardle is now a reformed character. His wild man days are now long behind him, and he is now a dedicated family man with a documented interest in spirituality, and in 2000 received a B.A in Music and Philosophy. Until 2009 he wrote regular book reviews for the Independent on Sunday. Since then he has written book reviews for The Times newspaper. In 2008, accompanied by his wife Zi Lan Liao, he toured with a large group of Chinese performers (‘mask changers’ and dancers as well as musicians). He also released an album that documented that period called ‘Chinese Dub’ which won the Songlines magazine world Music award. Also in 2008 he made a very well received radio documentary about his old friend Sid Vicious for BBC Radio 3. In 2009 Serpents Tail published his acclaimed autobiography ‘Memoirs of a Geezer’. Jah Wobble continues to record and tour.