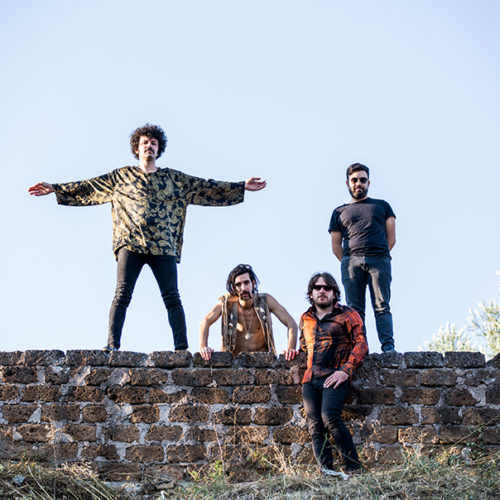 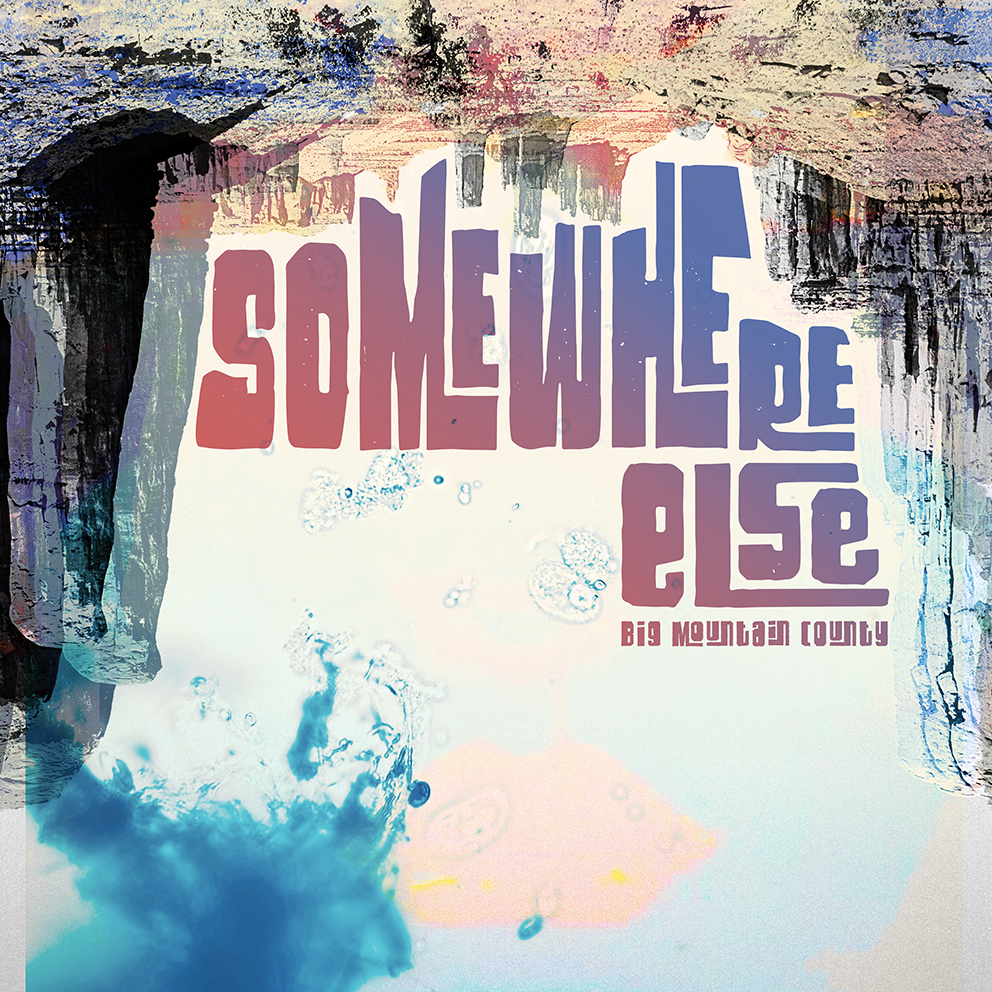 Big Mountain County are back for more with a second helping of sweaty, psychsexrock on their latest offering, “Somewhere Else”. This adored, Rome-based, four-piece band took a year out from their grueling touring ways in order to dig deep composing their new material. For these boys, it’s been all about solid live performance and psych rock from the get-go. In just a few years the band has earned international acclaim for their European tours and participation in festivals: at Binic they were invited to perform two years in a row and at Rome Psych Fest, the press unanimously declared them “best live band 2016”. As a consequence, they sold out of first press vinyls and Gas Vintage Records (their label at the time) had to put a rush on a second pressing of their first album “Breaking Sound”. 2016 saw them embark on an intensive tour schedule and as a testament to the strength of their stunning performances, Area Pirate Records released the live album “Anachronicle”.

The past year has seen them focusing their energies on writing and recording their sophomore studio album. Enlisting the creative ears and deft hands of production duo Paola Mirabella (Honeybird and the birdies) and Andrea Pulcini (Persian Pelican) they were able to fine-tune their approach to the recording process. We’re talking killer riffs side-by-side with soaring vocals and synths that colour midnight melodies. The songs range from personal narratives to journeys down an existential abyss – all of them carried by heart-felt grooves. From “Contéz” which blazes like the Mediterranean sun, to “Lost Summer” which transports us across a sleeping desert and “Dust” along with the title track “Somewhere Else” which both evoke strange and trippy atmospheres. Listening to “Just a Boy” and “Dancing Beam” you will realize this is a record made for moving both the heart and the hips.

BMC are your gypsy guides and if you close your eyes when you listen, it’s just possible that the next time you lift your gaze, you really will be somewhere else.