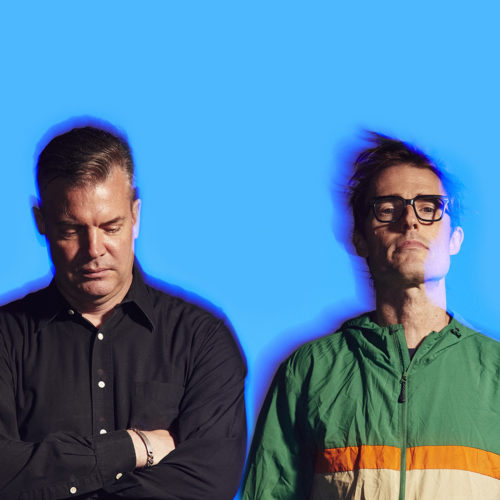 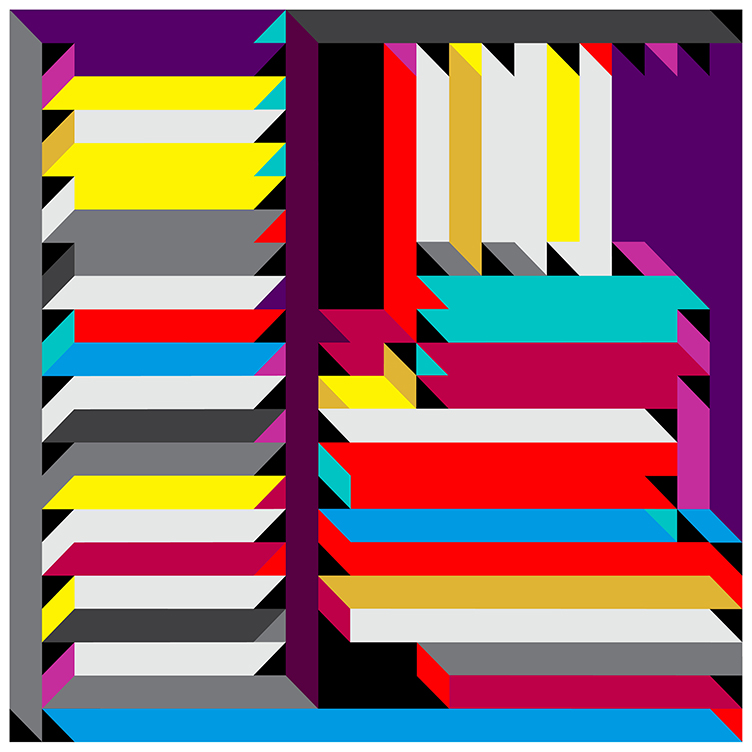 Battles return this autumn with their fourth album Juice B Crypts on Warp Records to follow their complex, mind-bending predecessors Mirrored, Gloss Drop, Dross Glop and La Di Da Di. Their latest album is a sensory overload of information that throws everything you thought you knew about Battles into flux once again.

Battles redefined line-up puts Ian Williams (Keys, Guitar, Electronics) and John Stanier (Drums) at the core of the covertly named Juice B Crypts, which was produced and mixed by Chris Tabron (Trash Talk, Beyonce, Mobb Deep, Ratking). Marrying synthesizer loops, cut-throat drum patterns and cyclical riffs, the album flirts with new technology, questions of authenticity and the technicalities of reinventing the wheel at the eleventh hour.

In true Battles form, the pair have encrypted the album with hidden codes and secret languages that only they know. What does the composer of “Taxi”, a semi-modular analog subtractive audio synthesizer, a two cycle gasoline tie drilling machine and a 70’s band with fifteen studio and six live albums have to do with Juice B Crypts? One answer Ian points you to is the concept of ‘medium specificity’ coined by New York art critic Clement Greenberg, which valued artists’ abilities to manipulate mediums based on their materiality. Like painters on the vanguard of modernism, Battles apply their medium of choice: intricate arpegios sequenced on an Elektron Octatrack, mind-altering pitch-shifted chord progressions, sixteen-measure time signatures and twisted clues to do the talking. All to be somewhat expected from the band responsible for boundary-defying songs such as “The Yabba”, “Atlas” and “Ice Cream”.

The announcement of Juice B Crypts is timed with the first single “Titanium 2 Step”. Featuring No Wave legend Sal Principato from the iconic ‘80s New York band Liquid Liquid, this first offering is an homage to the city, resembling a lost New York classic. “We loved making this record in our hometown of New York and cannot be more pleased that Sal from Liquid Liquid is on the track,” explains John, “it could not have been more perfect”.

While they’ve always been from New York, Juice B Crypts is the first album Battles have written and recorded living there. Influenced by its rhythms, it joins the dots of their lived and unlived experiences there, mapping them out on the LP artwork. This is also envisioned by local artist and friend Andrew Kuo, whose colourful abstract bars and triangle pixels on the album artwork test the limits of 2-D flatness with 3-D manipulations, and create an optical pattern that resembles the way Battles notate, coding phrases and patterns with memorable names.

Starting its life as a venerated weight of information and data, Juice B Crypts is the refined and repeated ingestion of human inflections into machine learning. As Battles explore new territory for the first time as a duo, their approach to composition and live performance intends to dismantle the traditional band format. On this album they’ve become featherweight ghosts within the machine, changing direction with ease they leave the listener at the mercy of their instincts. Juice B Crypts is Battles untethered, Ian expands: “It’s about chord progressions, resolutions, returning home. Take that and throw it into a blender of modern electronic tools like glitching devices, or use melodic lines and take them and regurgitate them and pulverise the traditional stuff but at the same time try and retain harmonic relationships while completely smashing them up”.

Arriving at around 40 minutes, Juice B Crypts is opened by “Ambulance”, which dives straight into Battles core sound with its meticulously tight guitar loops and maverick levels of instrumental deconstruction and arrangement. “A Loop So Nice…” offers a peculiarly attractive hand up in to “They Played It Twice” featuring New York vocalist Xenia Rubinos, whose vocals resonate on a granular level, liberating the track. Full of surprises, Battles invite Taipei’s psychedelic band Prairie WWWW and Yes vocalist and progressive rock icon Jon Anderson to push vocals through the wire shaped gaps on “Sugar Foot”. As well as hosting a party of vocalists, including Shabazz Palaces and tUnE-yArDs, the album boasts instrumental highpoints, like “Fort Greene Park” and the title track, which emits alternating beams of pitched energy that obfuscate and scramble your thoughts. On album closer “The Last Supper On Shasta (feat. tUnE-yArDs)” a piano plays the synth notes heard at the beginning of the album, reconditioning and corrupting the loop, demonstrating the limitless potential of these metapatterns that run deep through instrumental phrases to lyrics, like those heard in Prairie WWWW’s feature: “no beginning to the story, no end to the time”, which are looped like a tautological code twisting in time.